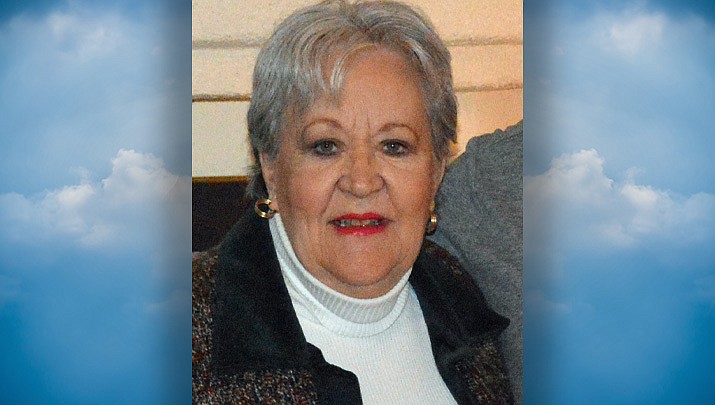 Judy Lynn Spainhour Bodenhamer was born March 25, 1946 in Winston-Salem, North Carolina, the daughter of Hunter Delos Spainhour and Agnes Elizabeth Collins. She died Tuesday, Jan. 19, 2021 in Kingman at the age of 74. She had been battling multiple health issues since mid-December.

Judy’s family moved to the Dade City, Florida area when Judy was 12 and that is where she grew up in her teen years with her sisters and brother and met her first husband Dave.

From her marriage to Julian (Dave) Weaver, they had two children, Rhonda and David, while living in New York and Florida. Later in life she would marry Vance Wells and they moved to Atlanta, Georgia as her career advanced. Kennesaw, Georgia is where she met her current husband Jimmie Lee Bodenhamer and they were married in 1999. They moved to Kingman after Jimmie’s retirement from the Army in 2005.

She was a life-long Genealogist and loved doing family history research and sharing that information with family, friends and all who would listen, and had even taught a class in Genealogy at Mohave Community College in Kingman.

She was preceded in death by her parents, Hunter Delos and Agnes Elizabeth of Dade City, Florida, and her son, David Dewy Weaver, of Zephyrhills, Florida.