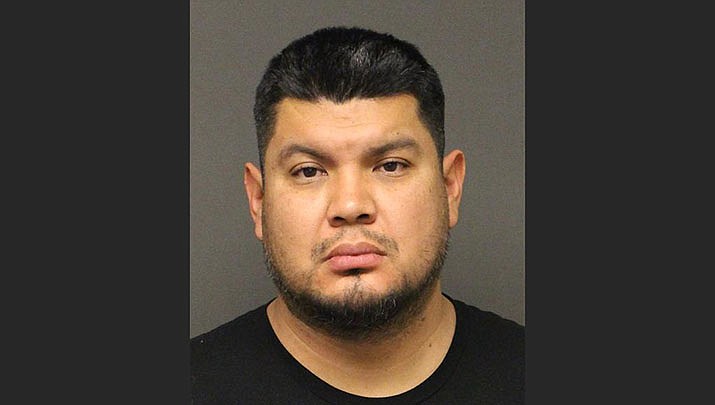 KINGMAN – Nathan Lee Andrews, 34, of Mohave Valley, was arrested by the Mohave County Sheriff’s Office on Sunday, Jan. 24 after reportedly assaulting a woman and trying to force sexual intercourse.

MCSO wrote in a news release that at approximately 8:15 a.m., deputies received a call of a domestic violence incident in progress at a residence in the 2400 block of Palo Verde Court.

Deputies arrived and made contact with the victim outside of the residence.

The victim alleged she had been assaulted and held against her will by Andrews, who was still inside the residence with their infant child. Deputies made contact with Andrews, who was taken into custody.

According to law enforcement, the investigation revealed that Andrews had been drinking since the night prior to the incident.

The victim alleged that Andrews assaulted her by punching her in the head, slapping her in the mouth and trying to force sexual intercourse. The victim refused and said she was calling the police, at which time Andrews is alleged to have grabbed a knife from the kitchen and threatened to kill the victim and the infant.

“At one point during the incident, the victim was holding the infant and Andrews struck the victim, while also making contact with the infant,” MCSO wrote.

Another child in the home, who was uninvolved, was interviewed and reportedly collaborated the victim’s statements. MCSO said the injuries to the victim were consistent with the allegations.

Andrews was arrested on suspicion of felony threatening/intimidating, aggravated assault with a deadly weapon, aggravated assault on a minor, kidnapping and child abuse, all per domestic violence. He was booked into the Mohave County Adult Detention Facility.