2 escaped inmates from an Arizona prison have medical issues 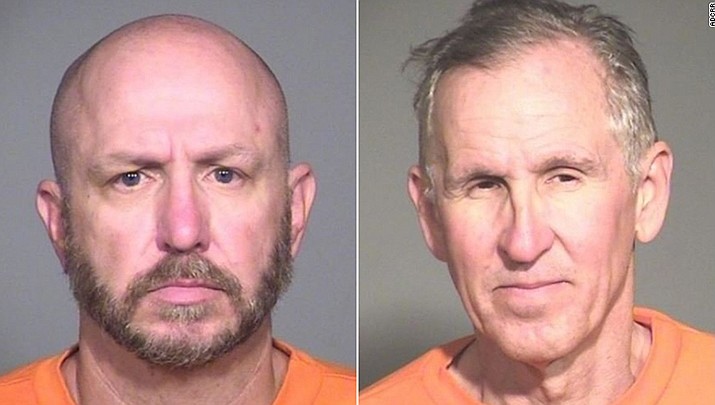 PHOENIX - Two inmates who escaped from an Arizona prison in Florence last weekend both have medical issues and may try to visit drug stores or pharmacies, authorities said Tuesday as the search continued.

Both men were wearing white long-sleeved shirts and not their prison-issued uniforms.

DPS officials said the robbery attempt occurred Saturday after Charpiot and Harmon escaped from the medium custody south unit by breaching a fence using tools retrieved from a facility room.

DPS Director Col. Heston Silbert said Monday that authorities were doing door-to-door searches of homes within a few miles of Florence prison in case the escapees were still in the area and “holed up someplace.”

Charpiot was sent to prison in 2011 on a 35-year sentence for molestation of a child and sexual abuse out of Maricopa County.

Harmon has been imprisoned since 2012 after being convicted out of Maricopa County and sentenced to 100 years for kidnapping and second-degree burglary charges.

Rewards of $35,000 per inmate have been offered for information leading to their arrests.