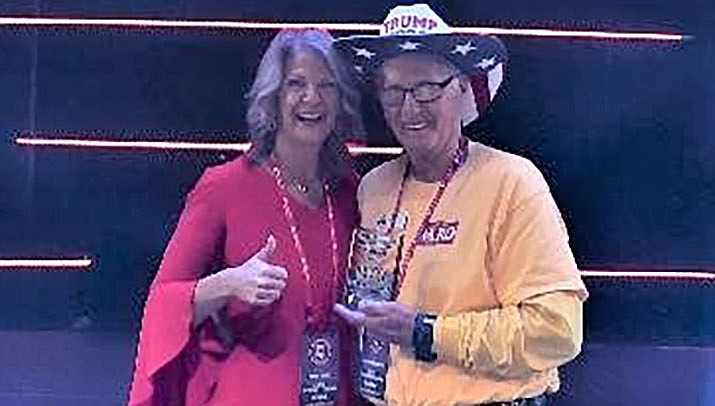 Lange is a well-known precinct committeeman in Kingman as well as the voter registration chairman for the District 1 GOP office. He also serves as a state committeeman.

“Denny is a great asset to this office and the party as a whole. He personally collected nearly 2,500 nomination petition signatures for Republican candidates, including almost 1,000 signatures for Congressman Gosar alone for the 2020 election,” said Mohave County District 1 Director Becky Foster. “He is a real powerhouse when it comes to signature-gathering and assisting Republican candidates up and down the ballot.”

Lange goes quietly about his duties as a precinct committeeman and shies away from any public recognition for his contributions toward helping Republicans get elected, protecting the U.S. Constitution, promoting freedom, combatting censorship and being an ambassador for the Republican Party.

“I don’t try to get awards, although I do have a lot of them. I like to be in the background and work to do the things I do; but I am happy that people appreciate it,” Lange said.

In the 1980s and most of the 1990s he was a delegate for a motorcycle association with 10,000 members. He was in charge of the Washington, D.C. area and worked with elected officials to protect the rights of motorcycle owners.

“Then I just continued that with the Republican Party,” Lange explained.