Scams: Kingman man says ‘these guys were congratulating me up and down’ 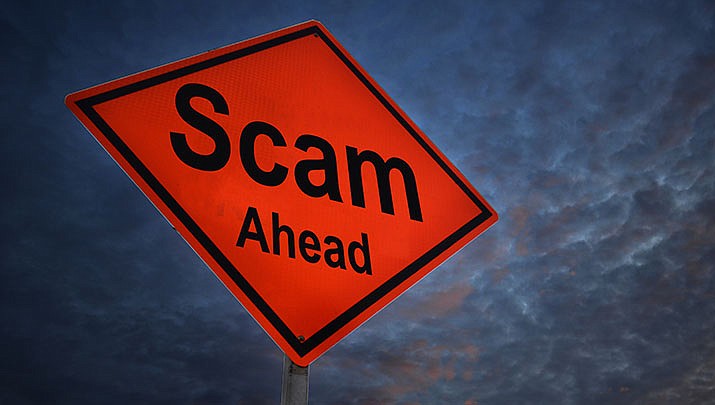 Kingman Police Chief Rusty Cooper estimates there are thousands of these scam calls made any given day across the country. (Adobe image)

“These guys were congratulating me up and down. We even said a thank you prayer. Until it got to the point where they wanted me to pay $11,000 for a fee.”

John Sparacino of Kingman recently had a run-in with some “slick scammers” claiming to be from Publishers Clearing House.

After providing some personal information, he was told that he would be the recipient of a brand new Mercedes as well as cash prizes totaling $11 million. All they needed was a few thousand dollars from Sparacino to handle the fees, the scammers claimed.

“I stalled when they talked about the fee. I checked with Publishers Clearing House, and they said they would never call to announce winners, and they’d never charge a fee. They’re probably picking on older people,” he said of the scammers. “I’m 74.”

The scammers even told Sparacino to put on a nice shirt so a picture could be taken with him alongside his new vehicle once it arrived.

“These guys are good,” he said. “They worked me over pretty good.”

Kingman Police Chief Rusty Cooper estimates there are thousands of these scam calls made any given day across the country.

Locally, Cooper said scam calls tend to come in waves. Currently, there is a local scam in which residents have been victimized and lost money, with scammers asking them to purchase money cards and communicate the information to the scammer.

If money is sent or bank information provided, Cooper said it’s very unlikely the victim will ever see that money returned.

“All too often they find out too late that they’ve been scammed, and they’re out hundreds or thousands of dollars,” the chief said.

Cooper said such instances are “heartbreaking on our part.”

“The truth is, there’s nothing we can do beyond a certain point in many of these situations,” he continued, noting that most of those scammers are operating from outside the U.S., even if caller ID says otherwise.

When the scammer is overseas, Cooper said there is very little cooperation from other countries in regards to a criminal investigation.

That means local law enforcement is limited in investigating such reports.

“So that makes it impossible to do a criminal investigation,” he said.

However, it is still vitally important that local law enforcement is made aware of scammers.

“We encourage people to make a report,” he said. “One reason is so that we are aware of the scam or the new types of scams. These scams and these criminals are constantly changing their way of operating, their way of scamming people, tricking people and deceiving people. Most of the time these criminals are in another location far away, often times out of the country. They’re very creative about how they gain the trust of a potential victim.”

“I would encourage people to be aware. I would also encourage those with elderly loved ones who might be vulnerable to pay attention, ask questions,” Cooper said. “Sometimes people won’t report or feel embarrassed to report, and even though we’re limited in what we can do, it’s still important to have a police report on file. You never know if a particular case could be tied to a larger group; you just never know.”