Kingman Miner Editorial: Leave the fireworks to the pros on the Fourth of July 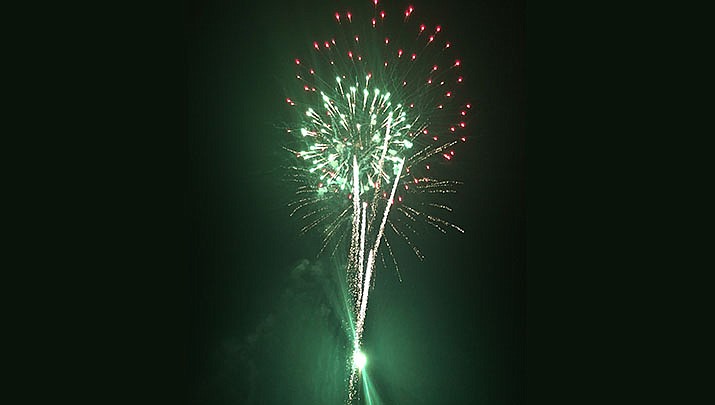 Personal fireworks are banned in Mohave County and Kingman this year due to dry conditions and the threat of fires. (Miner file photo)

In a normal year, there are plenty of good reasons to leave the Fourth of July fireworks to the professionals.

There are injuries. Last year, according to a report by the U.S. Consumer Product Safety Commission, 15,600 Americans were treated in hospital emergency rooms for fireworks-related injuries.

And there are deaths. According to that same CPSC report, fireworks killed at least 18 Americans in 2020.

And, this from scientific studies and anecdotal observations, fireworks literally drive some dogs – not to mention the people who own them – crazy.

But perhaps the best reasons to leave fireworks to the pros this holiday weekend is that you’d not only be breaking the law, but risking a catastrophe.

In case you haven’t noticed, it’s dry out there.

Northwest Arizona, according to the U.S. Drought Monitor, is mired in an “exceptional drought,” the most severe rating. And there’s no relief in sight. Just a trace of rain fell at the airport in Kingman this week, and a meager .01 inch fell in all of June.

As a result, vegetation is toast. Burn bans are in place. Firefighters are worried.

We’ve already had a number of large wildfires in the county – there’s one burning now near Meadview – and localized brush fires have destroyed homes in the city and outlying portions of the county in the past.

How dry is it? And how great is the fire danger?

Well, the U.S. Forest Service has closed five of the state’s six national forests to visitors due to the fire danger. State Trust Lands are also closed. Kingman has banned the sale of fireworks this year. And personal fireworks – everything from sparklers to aerial displays – are strictly off limits, banned by both the Mohave County Board of Supervisors and city governments. In fact, they’ve been banned, along with campfires and all open burning, since May 14.

So if you gott’em, don’t smok’em. Save them for a rainy day, after the fireworks ban has been lifted.

What hasn’t been banned are professional fireworks displays. And frankly, they’re far better than what you could ever shoot off in your yard.

Here are some safe options for Sunday, July 4.

Have a safe Fourth of July.