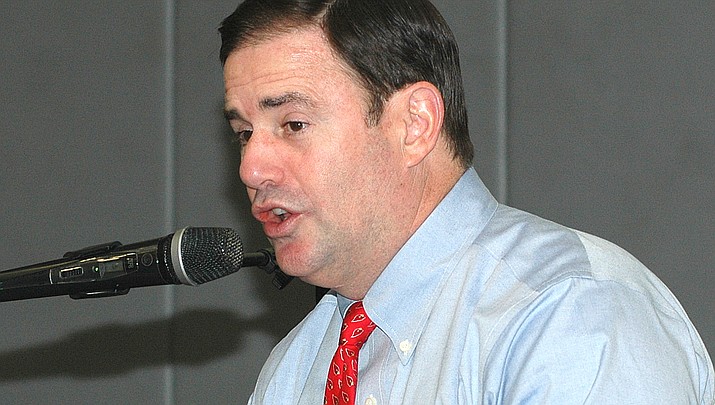 PHOENIX – Arizona Gov. Doug Ducey on Friday rescinded a series of executive orders issued during the coronavirus pandemic, saying most of them are no longer needed because the Legislature put them into law in the session that ended this week.

The Republican governor said some of the orders would remain in place until legislation takes effect in 90 days. Those include orders preventing cities, towns and counties from issuing orders for businesses that are more stringent than those Ducey issues. Other orders ending after new legislation takes effect are ones barring universities from requiring COVID-19 vaccines or masks for unvaccinated students.

A series of orders requiring medical facilities to report COVID-19 cases to state health officials will remain in effect.

Republicans who control the Legislature were adamant that they would block any coronavirus-related actions they saw as restricting freedoms, and they passed laws banning mask orders in K-12 schools and state universities and blocking some future health orders. Democrats called the moves short-sighted, saying they may be needed if a new surge of virus cases emerges.

“Throughout the pandemic, we took action to protect Arizonans and their individual freedoms, like banning vaccine passports and protecting access to state universities,” Ducey said in a statement announcing the actions. “Working with our Legislature, we’ve enacted these reforms into law.”

Ducey kept the public health emergency he declared on March 11, 2020, in place. The order was issued when the state had just nine confirmed coronavirus cases. The total is now nearing 900,000 and nearly 18,000 Arizonans have died.

That emergency declaration and a separate executive order he issued that day were intended to ensure the state had the resources to fight the outbreak and to protect the most vulnerable populations – mainly the elderly or those with serious health issues.

Other orders Ducey said were being rescinded include extensions for expiring driver licenses and the ability of pharmacists to refill prescriptions for 180 days to limit office visits. The governor said a new law expanding telemedicine availability makes the prescribing order no longer needed.