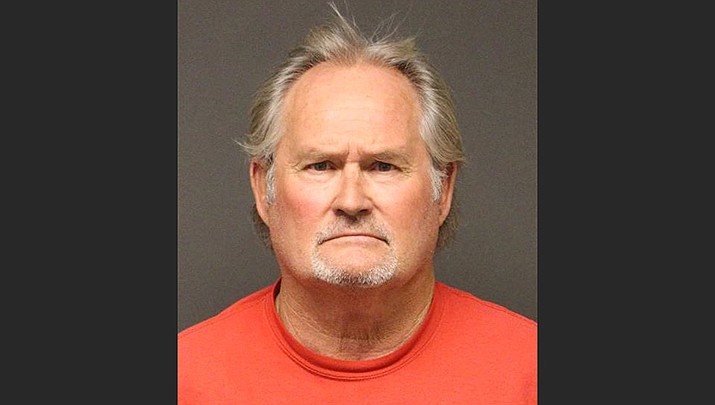 KINGMAN – A Lake Havasu City man has been indicted in Mohave Superior Court after a paternity test allegedly showed that he impregnated a 14-year-old victim.

Terry L. Fichtelman, 62, is scheduled to appear for a pre-trial conference in the case on Aug. 19. Fichtelman, who Mohave County Sheriff’s officials say was a convicted sex offender at the time of his June 22 arrest, has been charged with felony counts including sexual conduct with a minor younger than 15, and sexual molestation of a minor.

According to court records, the incidents occurred between October 2017 and January 2018, when he and the victim both resided within the housing complex.

After receiving the results of the paternity test, Mohave County Sheriff’s deputies and the Arizona Department of Child Services arrived at a multi-family property on the 4000 block of East Blue Canyon Road, where Fichtelman was taken into custody.

According to sheriff’s officials, Fichtelman denied the offense, even after he was confronted with the results of the test.

As of last month, the victim remained in the custody of the Arizona Department of Child Services as investigation continued in the case. Fichtelman remained in custody at Mohave County jail as of this week, under a $25,000 bond.

According to Arizona Department of Public Safety records, Fichtelman may have been only one of two alleged sex offenders who lived on the 4000 block of East Blue Canyon Road as of last month.