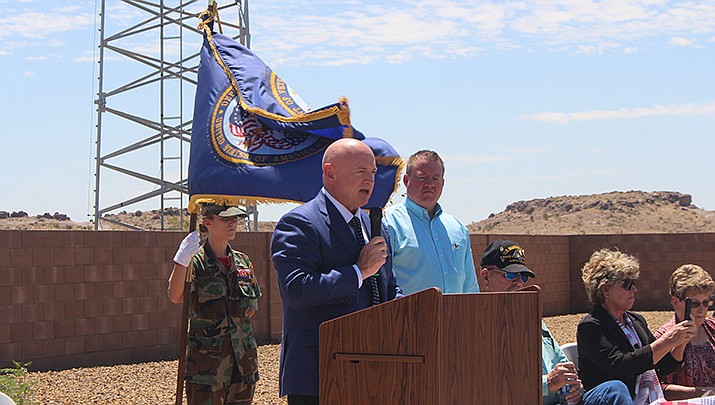 At the start of the visit, Kelly toured the Kingman Airport and Industrial Park, which is the largest industrial park in the state outside of Maricopa County.

According to a news release from Kelly’s office, the senator met with Kingman Mayor Jen Miles, Vice Mayor Ken Watkins, airport staff and business leaders during a tour in which they discussed economic development, transportation and infrastructure needs associated with the park’s proposed 1,400-acre expansion.

Kelly, according to the news release, discussed the unique needs of rural Arizona and briefed the mayors, councilmembers and supervisors on his work to fuel small business development and invest in the region’s infrastructure needs.

Kelly emphasized his work to include an investment in rural Arizona in the proposed bipartisan infrastructure legislation in Congress.

The group also discussed the importance of continuing the expansion of the Downwinders Act and the need to address the issues of long-term water access and quality, not only in the region, but statewide.