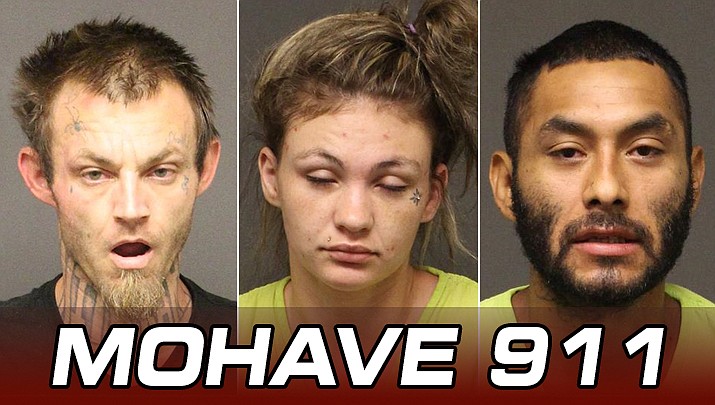 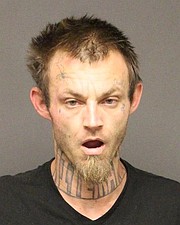 John Earl Whitaker, 30, of Kingman, was arrested by the Mohave County Sheriff’s Office on Friday, July 2 after reportedly being found in possession of a stolen quad.

MCSO wrote in a news release that deputies were patrolling the area of Roosevelt Street and Carver Road at 1 p.m. when they observed a male subject riding a quad in the roadway.

Deputies observed the quad did not have any type of license plate and began following the vehicle, which pulled into a driveway of a nearby residence.

Deputies approached the subject, identified as Whitaker, who consented to a search of his person. Deputies located a VIN number on the quad and a subsequent records check reportedly revealed the vehicle to be stolen out of Kingman.

Whitaker was arrested on suspicion of theft/control of stolen property and booked into the Mohave County jail. 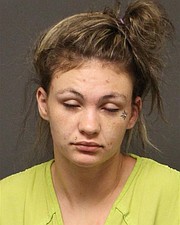 Kayla Christine Austin, 22, of Kingman, was arrested by the Mohave County Sheriff’s Office after allegedly giving a false name to law enforcement officers prior to a records check revealing a felony warrant for her arrest.

MCSO wrote in a news release that at 6:20 p.m. Saturday, July 3, deputies observed a female subject, later identified as Austin, walking in the center of the roadway on Packard Avenue. Deputies stopped to make contact with her, at which time Austin reportedly stated she did not have identification and gave a false name.

A records check reportedly revealed the discrepancy along with a felony warrant, at which time Austin was detained. According to law enforcement, Austin produced a baggie of blue pills, believed to be counterfeit fentanyl pills, from her bra when asked if she had anything illegal on her person. Additional drug paraphernalia was located inside her purse, the sheriff’s office wrote.

Austin was arrested on suspicion of narcotic drug possession and drug paraphernalia possession, both felonies, as well as the active felony arrest warrant. She was booked into the Mohave County jail. 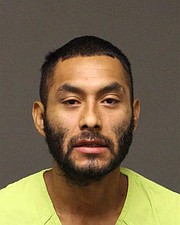 Juan Raul Iracheta-Gonzalez, 34, a resident of Golden Valley, was arrested in the early hours of Sunday, July 4 at a local drinking establishment after allegedly threatening to kill security employees.

The Kingman Police Department wrote in a news release that officers responded to a drinking establishment in the 4400 block of N. Stockton Hill Road at 2 a.m. after receiving a 911 report of a male suspect brandishing a knife and threatening security.

Officers arrived and identified Gonzalez as the suspect.

Gonzalez was taken into custody after an officer deployed a Taser, as Gonzalez was reportedly refusing commands and being aggressive.

The investigation determined that Gonzalez was being escorted out of the bar after causing a disturbance. He is then alleged to have brandished a knife and verbally threatened to kill two of the establishment’s security guards.

Juan Raul Gonzalez was arrested on suspicion of two counts of felony aggravated assault, and misdemeanor charges of disorderly conduct and resisting arrest.