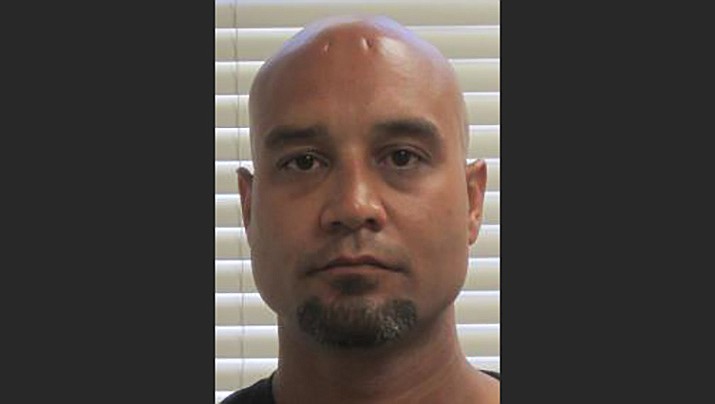 KINGMAN – The Mohave County Sheriff’s Office has identified the suspect involved in an armed robbery that occurred Thursday, July 15 in Mohave Valley as 38-year-old Isaiah Caban.

MCSO wrote in a news release that deputies were called to a business in the 8400 block of Highway 95 at 4 a.m. Thursday. The reporting party advised that she had been robbed at gunpoint, and that the male suspect took her money and car keys before leaving the scene in her vehicle.

The vehicle and suspect were located in Las Vegas, where a traffic stop was attempted. The suspect reportedly evaded officers, crashed the vehicle and took off on foot. The suspect is still at large, armed and unidentified, the sheriff’s office wrote.

The suspect has now been identified as Caban. He is described as 5-foot, 7-inches tall, 150 pounds, bald with brown eyes and tattoos on both calves. He was last seen wearing a dark colored T-shirt and blue jeans. According to MCSO, he could be in Mohave Valley, Las Vegas or Victorville.

“Caban should be considered armed and dangerous and should not be approached if located,” the sheriff’s office wrote.