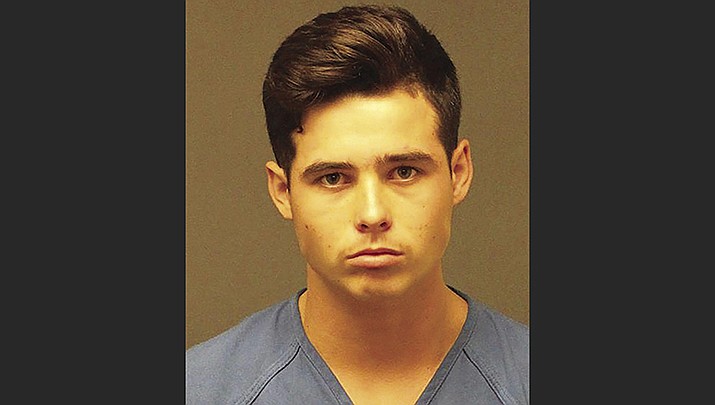 Lake Havasu City Police officers were called to the 2300 block of Alpine Drive in the early hours of July 10 after receiving reports of a shooting. When officers arrived, Petetan was found with a gunshot wound to his chest. Petetan was declared dead at the scene. Investigators ultimately identified Beckwith as the party responsible for the shooting, and began their search for the alleged killer.

According to previous statements by police, Petetan and Beckwith knew each other, and an undisclosed conflict prior to the incident escalated until the shooting took place.

Beckwith was also the suspect in two vehicle burglaries prior to the shooting, during which police say two firearms were stolen.

Investigators’ search for Beckwith ended in Parker later that morning, when officers found Beckwith asleep in his vehicle. According to police, it was Beckwith’s intent to flee to California after the shooting, and he stopped in Parker to sleep. Investigators say Beckwith was found in possession of the two allegedly stolen firearms. He was taken into custody at the scene and transported to Lake Havasu City Jail.

When questioned by detectives in the case, Beckwith allegedly admitted to the shooting, but denied stealing the weapons in his possession.

According to Lake Havasu City Police Detective Chris Angus, the investigation is ongoing, and detectives are now processing forensic evidence in the case.