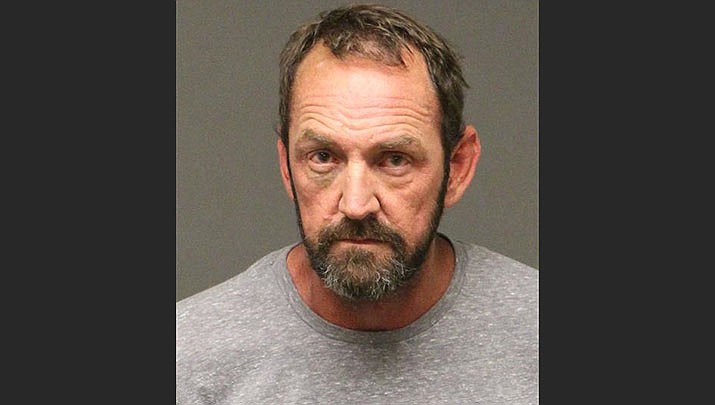 KINGMAN – Michael John Gibson, 47, of Kingman, was arrested by the Kingman Police Department on Friday, July 16 in connection with a burglary that occurred Thursday, July 15 in the 3000 block of Airway Avenue.

KPD wrote in a news release that detectives responded to a reported burglary in progress at a business. Officers discovered an unoccupied parked vehicle near a hole that had been cut in the fence.

Officers reportedly observed items inside the vehicle that appeared to have been taken from the fenced yard. However, officers were unable to locate anyone in the yard. The truck, which law enforcement says returned registered to Gibson, was impounded as evidence.

KPD wrote that officers contacted Gibson on Friday, July 16 when he called to report his truck as stolen. Gibson denied involvement in the burglary when interviewed by detectives, who reportedly discovered information linking Gibson to the burglary.

Gibson was arrested on suspicion of third-degree burglary, with law enforcement writing detectives are set to file additional felony charges of possession of dangerous drugs, possession of drug paraphernalia, possession of burglary tools and weapons misconduct.

Gibson was booked into the Mohave County jail.