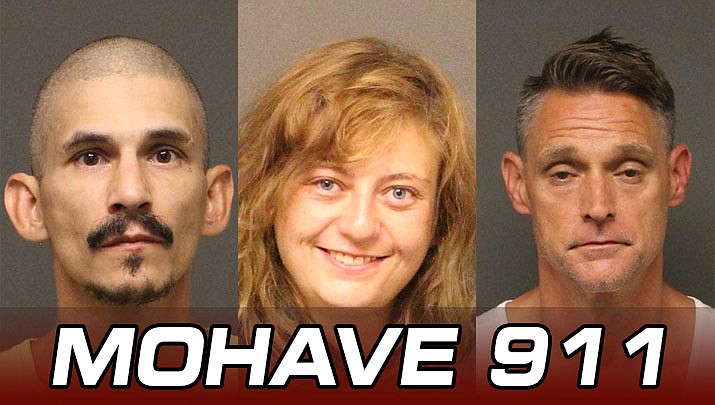 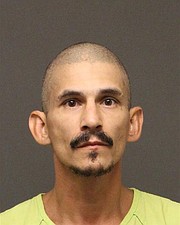 Michael Patrick Clawson, Jr., 36, of Kingman, was arrested Saturday, July 17 after allegedly being found to be in possession of a firearm as a prohibited possessor. The Mohave County Sheriff’s Office wrote in a news release that just after 1 a.m. Saturday, deputies were patrolling the area of Bond Street and John L. Avenue when they observed a sedan traveling on John L. Avenue with deputies unable to see the vehicle’s license plate.

The vehicle made several abrupt turns in an attempt to evade the deputy, law enforcement wrote, but came to a stop at a business in the 2800 block of Northern Avenue.

Deputies contacted the driver, identified as Clawson, and a female passenger. Deputies asked Clawson for his driving documents, with Clawson reportedly advising that he did not have his license on him, nor did he have insurance for the vehicle.

A records check of the temporary tags found inside the vehicle were expired and Clawson was found to have an active arrest warrant.

A search revealed a usable amount of suspected methamphetamine, a handgun and a box of 9 mm ammunition, while a records check showed Clawson to be a prohibited possessor. He was arrested on suspicion of dangerous drug possession, drug paraphernalia possession and possession of a weapon by a prohibited person, all felonies. He was booked into the Mohave County jail. 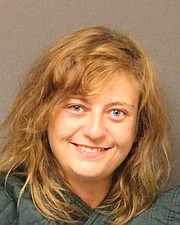 Ashley Elizabeth Ohara, 25, of Kingman, was arrested by the Mohave County Sheriff’s Office under suspicion of multiple felony offenses, including aggravated assault on an officer, on Saturday, July 17.

MCSO wrote in a news release that at 10 p.m. Saturday, deputies observed a vehicle driving on Leroy Avenue with a broke tail light, and attempted to conduct a traffic stop. Deputies observed a female driver as the vehicle’s only occupant.

The car reportedly continued without stopping and a pursuit ensued. Deputies lost sight of the vehicle, eventually locating it at a stoplight at Stockton Hill Road and Gordon Drive. Deputies positioned their vehicles in front of and behind the vehicle, and began giving verbal commands for the driver to turn the vehicle off.

The driver reportedly placed the car in reverse, nearly striking one deputy. The driver is then alleged to have accelerated forward, striking the second deputy in the leg with her vehicle. The deputy received minor injuries to his knee. The pursuit continued with deputies again losing sight of the vehicle.

A short time later, deputies were advised that Kingman Police Department officers had the vehicle stopped at a business in the 3200 block of Andy Devine Avenue. The female driver, identified as Ohara, was in custody.

A search of the vehicle reportedly located a handgun and an empty shell casing. During interviews, Ohara reportedly admitted to firing one round from the handgun into the air.

Ohara was arrested on suspicion of aggravated assault on an officer, aggravated assault with a deadly weapon, unlawful flight from law enforcement and disorderly conduct with a weapon, all felonies, as well as an active arrest warrant. She was booked into the Mohave County jail. 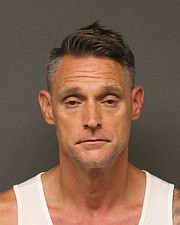 Alex Quay Brownfield, 45, of Kingman, was arrested by the Mohave County Sheriff’s Office after allegedly being involved in a short foot pursuit near the 100 block of Hano Road in Golden Valley on the afternoon of Monday, July 19.

MCSO wrote in a news release that at 1:30 p.m., deputies observed a black sedan traveling west on Mazatzal Drive without a functioning left brake light.

Deputies attempted to catch up to the vehicle, however, it entered Highway 68 without coming to a complete stop at the stop sign.

Deputies followed the vehicle, which reportedly stopped at the Hano Road residence.

They reportedly pulled in behind the vehicle and activated their lights and sirens to conduct a traffic stop.

The male subject, later identified as Brownfield, is reported to have quickly exited the vehicle while questioning sheriff’s deputies as to the reason for the stop.

Deputies asked Brownfield for his driving documents, with Brownfield reportedly responding that he didn’t have any such documentation as he had just bought the vehicle.

Deputies approached the vehicle to obtain the VIN number and reportedly observed drug paraphernalia inside in plain view.

A male subject then exited the residence and began yelling at deputies, during which time Brownfield fled from the scene on foot, the sheriff’s office wrote in the release.

Brownfield was detained after a short foot pursuit, the news release noted.

A search of Brownfield’s vehicle reportedly located 5 grams of fentanyl, 14 grams of methamphetamine, two fentanyl pills and a handgun with no serial number, the sherriff’s office wrote.

The sheriff’s office reports that a subsequent records check revealed that Brownfield is a prohibited possessor.

Brownfield was booked into the Mohave County Adult Detention Facility after his arrest.