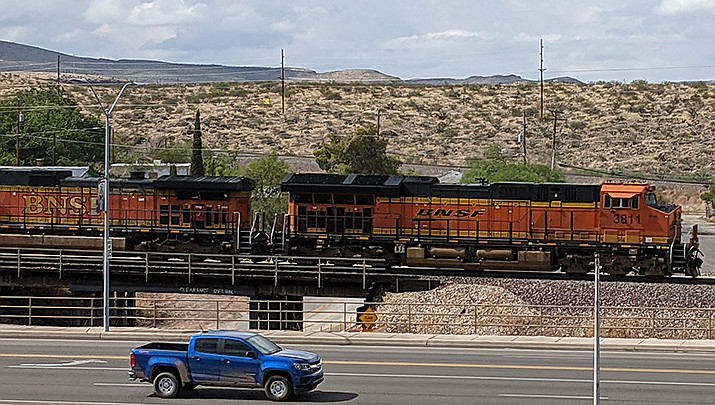 A Kingman man was struck and killed by a train on Saturday as he reportedly sat on the railroad tracks near the 2100 block of Andy Devine Avenue. A freight train traveling through Kingman is pictured. (Photo by Travis Rains/Kingman Miner)

KINGMAN – The Kingman Police Department is investigating the death of a 30-year-old Kingman man who was struck by a train on Saturday, July 24.

KPD wrote in a news release that at 11 p.m. the man was struck and killed by a westbound train on the tracks near the 2100 block of Andy Devine Avenue.

The investigation, which is ongoing, reportedly revealed that the man had been sitting on the train tracks as the train approached.