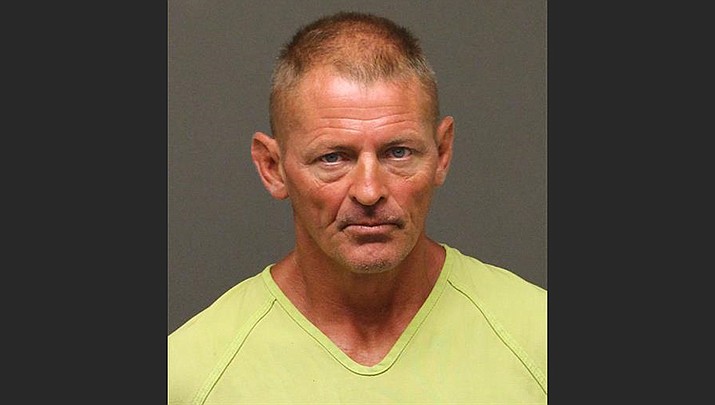 KINGMAN – Michael Edward Kelso, 51, of Kingman, was arrested by the Kingman Police Department on Saturday, July 24, having been alleged to have forced entry into a convenience store.

KPD wrote in a news release that at around 1 a.m. officers responded to a convenience store in the 3100 block of Harrison Street regarding a witness report of a man forcing entry into the store.

Officers arrived and reportedly discovered Kelso running away from the area. He was detained and later determined to have forced entry into the store, KPD wrote.

Kelso is alleged to have removed cigarettes, T-shirts and beer. Kelso, identified by law enforcement as a vagrant, reportedly admitted involvement and was arrested on suspicion of felony third degree burglary. He was booked into the Mohave County jail.

The merchandise was recovered.