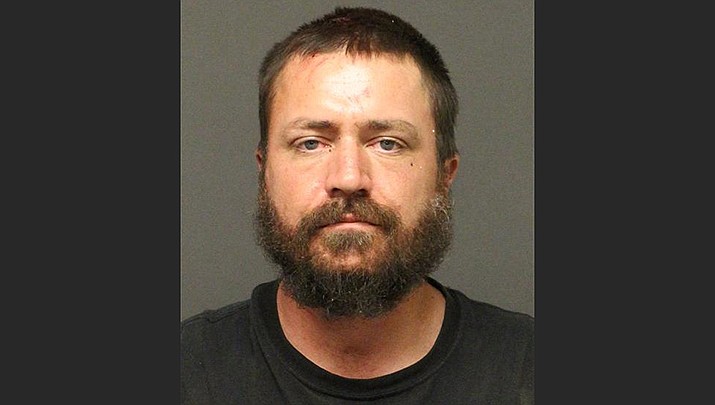 KINGMAN – Kaleb Maclain Paxman, 30, of Salina, Utah was arrested by the Mohave County Sheriff’s Office on Monday, May 14 for allegedly assaulting a juvenile at a Boy Scout camp near a campsite on Bureau of Land Management lands in Littlefield.

MCSO wrote in a news release that at 11 p.m. May 14, deputies responded to the campsite where the reporting party advised multiple subjects had consumed psilocybin mushrooms and were in need of medical attention.

While en route, deputies learned that a male subject, identified as Paxman, had punched a windshield and was acting violent.

A 911 call was received a short time later communicating that Paxman had assaulted a juvenile at a Boy Scout camp a short distance away. Deputies, with the assistance of the Washington County Sheriff’s Office and the Bureau of Land Management, located two males and a female subject wandering in the desert near the campsite.

According to MCSO, one of the males was Paxman, and deputies noted several scrapes and a large laceration on his head.

The campsite with the juvenile was located and first-responders were called. The juvenile was seen at a nearby hospital for non-life threatening injuries and later released.

The juvenile said he was in his tent when he heard someone calling for help. He exited and contacted Paxman, who reportedly assaulted the victim by choking him, biting him and attempting to gouge his eyes out with his thumbs.

An adult chaperone heard the commotion and confronted Paxman, who fled, the sheriff’s office wrote.

Paxman was arrested on suspicion of felony dangerous drug possession and two counts of aggravated assault, as well as misdemeanor assault. He was booked into the Washington County Detention Center.