Mexico to use US-donated vaccines along border 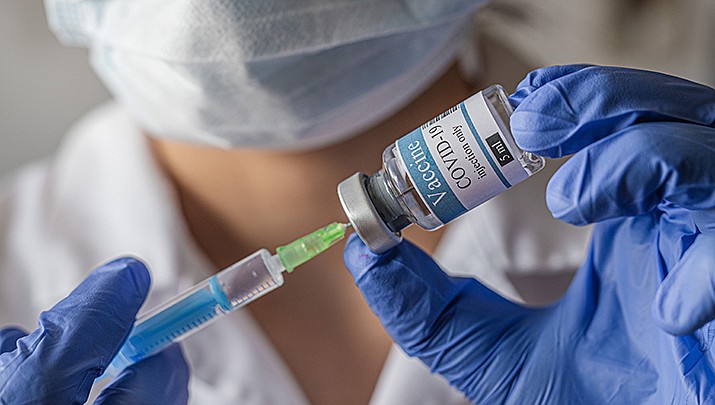 A million doses of the coronavirus vaccine donated by the U.S. to Mexico will be used to innoculate Mexican residents along the border. (Adobe image)

MEXICO CITY - Mexican officials said Friday they will use 1 million U.S. doses of the Johnson & Johnson coronavirus vaccine to inoculate people along the border.

President Andrés Manuel López Obrador said the vaccinations along Mexico's northern border with the United States is part of an effort to fully reopen border crossings, which are currently restricted to essential travel.

“There is going to be a special vaccination plan in the border communities of our country on the northern border, with the aim of getting border transportation back to normal,” López Obrador said.

Mexican officials said they will have to obtain another 2 million doses of the one-shot vaccine – which they might purchase from Johnson & Johnson – to vaccinate the 3 million border residents between 18 and 40.

Presumably, those over 40 will be covered by Mexico's regular nationwide campaign, which does not use Johnson & Johnson, although the shot has been approved for use in Mexico.

On Thursday, an official said some might also be used at coastal resorts frequented by Americans, but that possibility was not included in the plan announced Friday. The announcement came on the same day that Mexico City announced the gradual lifting of a partial coronavirus lockdown that began more than a year ago.

López Obrador said U.S. Vice President Kamala Harris told him the United States would send the vaccines, but did not specify when.

Mexican cities on the border lag far behind their counterparts on the U.S. side in vaccinating their populations. But goods and people move constantly across the border.

It is not clear how plans to give priority to border areas would play in other parts of Mexico that have been much harder hit by the pandemic.

Mexico has so far received 42.3 million doses of five different types of vaccines, not including Johnson & Johnson, and administered 32.8 million of those doses. That is still vastly insufficient for a country of 126 million.

Mexico has suffered over 228,000 test-confirmed deaths related to COVID-19, but even government officials acknowledge Mexico’s true pandemic death toll is far higher because many people have died at home or never got a test. A preliminary analysis of excess deaths suggests COVID-19 deaths now stand at over 350,000, giving Mexico one of the highest per capita rates in the world.

In Mexico City, hospital occupancy rates and new cases have fallen low enough that capacity bans on venues like theaters, gyms and sports stadiums can now gradually be lifted. However, mask wearing will still be required in most indoor public spaces.