Column | LMNRA to blame for access crisis at South Cove 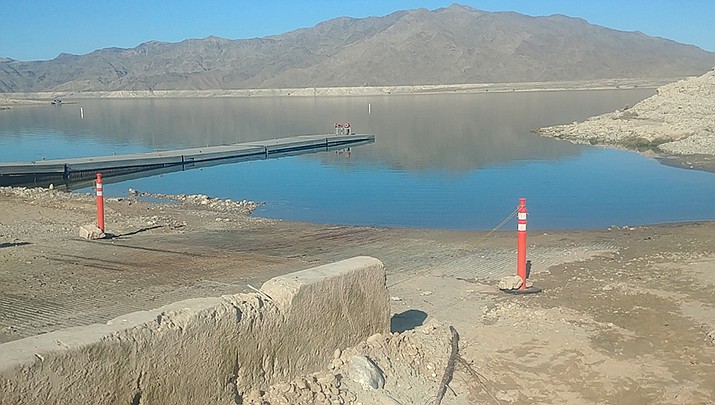 South Cove, the only launch ramp for recreational boaters and anglers on the east end of Lake Mead, is in crisis due to the unprecedented lowering of the water in America’s largest man-made lake.

The lack of snow in the western United States, the source of water for the Colorado River, has been below average for years, and we are in the middle of a long and serious drought.

The truth of the matter is the Colorado River is the lifeblood for more than 24 million Americans in the desert southwest. As one water expert said when I was part of a trip for National Geographic several years ago: “This water is more valuable than oil!” The Colorado River furnishes life-giving water for many states, including Nevada, California and Arizona. Water in the rivers and lakes are used in many ways, and one of them is recreation.

For Mohave County residents and visitors, the lowering of the water has created a crisis for recreational boaters and anglers alike at South Cove. And in my opinion, this crisis can only be attributed to the people at the Lake Mead National Recreational Area in Boulder City, Nevada.

Knowing that the lake level was going to be dropping is not new information to the administrators at the LMNRA. The Bureau of Reclamation gives them daily lake levels and provides them with predictions of where the levels will be in the days and months to come.

In 2018, residents in Meadview, Dolan Spring and Kingman became alarmed at the lowering of the lake and the plans for South Cove to be kept viable as a launch point. LMNRA people came to both Meadview (Dec. 10, 2018) and Kingman (Dec. 18, 2018) and gave presentations on their plans to deal with lowering water levels at South Cove and at Temple Bar, the only other launch ramp in Mohave County.

At the Meadview and Kingman meetings, which were attended by standing-room-only crowds, was State Rep. Regina Cobb (R-Kingman). Mohave County Supervisor Jean Bishop was in attendance at the Kingman meeting and both saw and heard the presentations. I also attended both of those meetings.

The crowds at the 2018 meetings were told that the Park Service “has had plans in place since 2005 to build alternative launch ramps should the need arise.” Christie Vanover was the public information officer for LMNRA at that time. She was quoted as saying: “We will start doing the engineering and design in 2019, and probably start construction in 2020 if not sooner.”

Vanover also said at that time that money had already been budgeted to do the improvements and build an alternative ramp, which would be located about a half-mile south of the current launch ramp at South Cove.

Attendees even saw plans that showed where the alternative ramp would be located.

As I recall the alternative ramp wouldn’t be paved; it would be a dirt ramp with pipe mat in place for launching/recovery, and a parking area for vehicles would be constructed.

That was what was promised to the residents and our elected representatives who were in attendance at those meetings.

So, what has happened since then? In a word, nothing!

The lake has continued to go down to unprecedented levels and last week I, and many other recreationists, realized that launching/recovery of watercraft at South Cove would soon not be possible!

That’s when I started making calls to Lake Mead officials. I learned that nothing was going to be done until this fall, citing the need to get approval of plans and funding.

I spoke with the chief of staff of the LMNRA, Mr. Greg Hauburger. When I told Mr. Hauburger of the promises that had been made to the citizens of Mohave County for an alternative launch ramp back in 2018, he seemed surprised and said he would look into it. I also suggested that the pipe mat at South Cove be moved closer to the dock where the shore sloped into the lake and into deeper water that would facilitate launch and recovery of watercraft.

At that point I started to email and text almost everyone I knew that uses the South Cove ramp or was at the meetings in 2018 and asked them to call or email the Superintendent of the LMNRA Sarah Creachbaum (Sarah_Creachbaum@nps.gov) or Hauburger (Greg_Hauburger@nps.gov) and let them know that the plan to let South Cove go dry wasn’t acceptable.

And apparently the call for action worked. I guess the phones and computers of those administrators got full quickly and the LMNRA agreed to have their maintenance people move the pipe mat. Rep. Regina Cobb quickly got involved. One former Arizona Game and Fish commissioner wrote a strong letter. So did retired Mohave County Manager Mike Hendrix.

On Thursday, a maintenance crew moved the pipe mat to a different location, but not close to the dock. I watched as several people tried to load their boats at the new location. One boat sustained damage to the skag and propeller due to the steep angle where the pipe mat was laid.

Several of those folks there expressed anger at what they saw. There obviously needs to be more work done at the ramp.

But, at least right now, folks have a place to launch their watercraft.