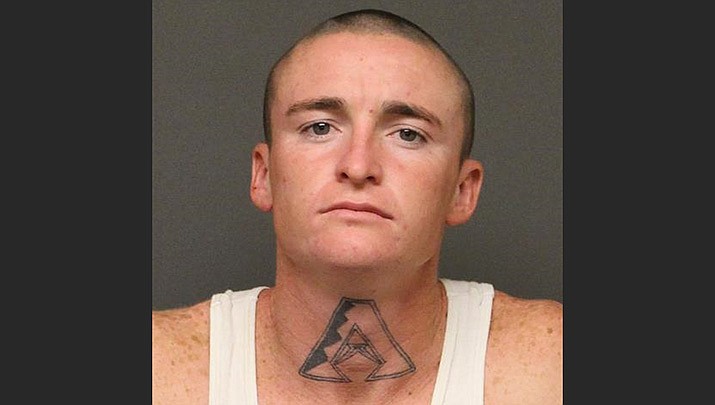 Cole Patrick Jennings-Wallace, 24, of Golden Valley is lodged in the Mohave County jail, where he was charged with armed robbery and aggravated assault, both felonies, according to an MCSO news release.

Deputies and detectives responded to a report of an armed robbery at a business in the 4200 block of W. Highway 68 at about 5:30 p.m., the sheriff’s office wrote.

Deputies observed fresh shoe impressions leading from the business into the desert, and followed the tracks while troopers from the Arizona Department of Public Safety assisted securing the perimeter.

While following the tracks, clothing that the suspect was reportedly wearing during the robbery was found. The shoe impressions led to a residence in the 3700 block of Hope Road, approximately one mile from the business, MCSO wrote.

A male and female were observed leaving the property and were detained.

An investigation revealed that the male, identified as Jennings-Wallace, allegedly entered the business, pointed a handgun at the clerk and left with an undisclosed amount of money.

A search warrant was obtained for a trailer where Jennings-Wallace had been staying, and deputies reportedly found the loaded handgun, money taken in the robbery, and shoes matching the prints they had followed through the desert.