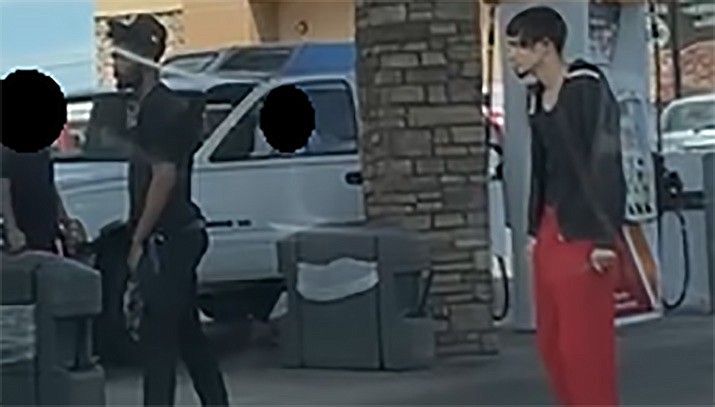 KINGMAN – The Kingman Police Department is seeking the public’s assistance in identifying two suspects reportedly involved in a stabbing-aggravated assault incident that occurred at a convenience store gas station in the 4000 block of N. Stockton Hill Road on May 31.

KPD wrote in a news release that the first suspect is described as a Black male in his 20s with a thin build, approximately 5-feet, 7-8-inches tall with black facial hair. He was wearing a dark colored T-shirt, jeans, a dark colored ball cap and white shoes with black stripes that appear to be the Adidas brand.

The second subject is described as a Hispanic male in his 20s with a thin build with brown or black medium-length hair and dark facial hair. He was seen wearing a dark shirt, long-sleeve dark zip-style sweatshirt, red pants and black shoes.