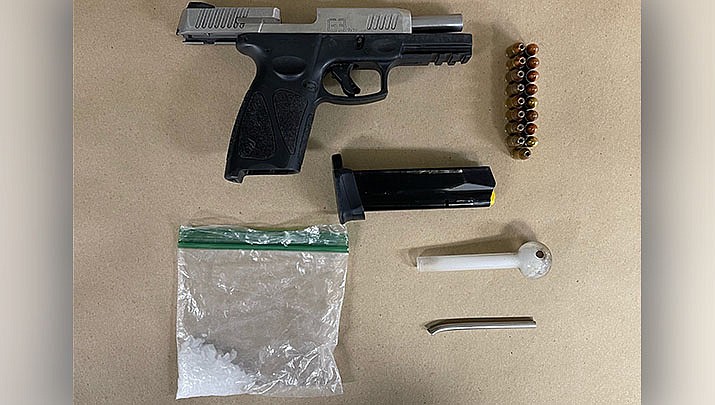 These items, including the bag containing 11 grams of suspected methamphetamine, were seized after a traffic stop in Mohave Valley. (MCSO photo) 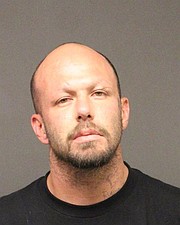 MCSO wrote in a news release that at 11 p.m., deputies conducted a traffic stop on a vehicle in the 5400 block of Highway 95 in Mohave Valley. Deputies made contact with the driver and the passenger, identified as Dimmick.

A pat search of Dimmick reportedly revealed a glass pipe and a clear plastic baggie containing 11 grams of methamphetamine. Dimmick was detained, at which time a search of his backpack revealed a loaded handgun, according to law enforcement. The sheriff’s office also wrote that a records check showed Dimmick to be a prohibited possessor, and currently on felony bail for an unrelated offense.

He was booked into the Mohave County jail.