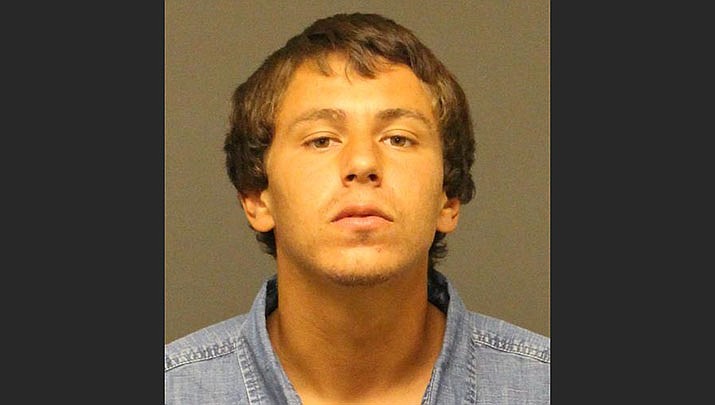 KINGMAN – Tamere James Srour, 23, of the Kingman area, is alleged to have set a fire in the men’s restroom at the Mohave County Library in Kingman on June 23.

The Kingman Police Department wrote in a news release that Srour had been identified as the suspect in an arson fire investigation that began June 23 at the library, located in the 3200 block of Burbank Street. The suspect, later identified as Srour, was reportedly observed on surveillance video entering and exiting the restroom.

According to law enforcement, Kingman Fire Department arson investigators identified Srour as the suspect by finding his log-on credentials from his use of a library computer earlier in the day.

On Saturday, June 26, an officer responded to a disturbance in the 3400 block of Stockton Hill Road and contacted Srour.

Srour, who law enforcement says is a vagrant, was arrested on suspicion of felony arson of an occupied structure and criminal damage. He was booked into the Mohave County jail.