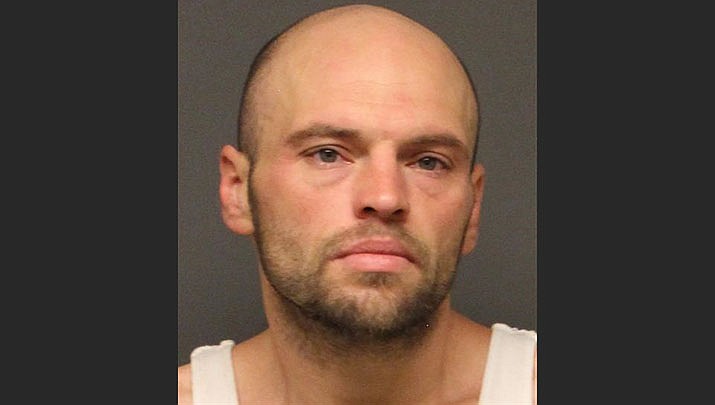 KINGMAN – David Joseph Forrester, 37, of Kingman, was arrested by the Kingman Police Department after officers responded to a disturbance at a home on Friday, June 25, and reportedly found Forrester to have both felony and misdemeanor warrants.

KPD wrote in a news release that officers responded to a disturbance at a home in the 2800 block of Georgia Avenue at 4 p.m. Friday. Officers made contact with Forrester, who was reportedly involved in the disturbance, discovering that he had a misdemeanor warrant issued out of Lake Havasu City Municipal Court and a felony warrant for a parole violation issued by the Arizona Department of Corrections.

Forrester was arrested and booked into the Mohave County jail.