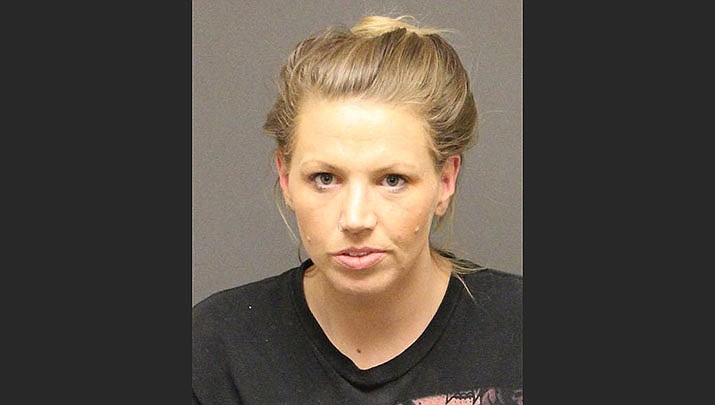 KINGMAN – Ali Leigh Ketchner, 32, of Kingman, was arrested by the Kingman Police Department on Saturday, June 26 after a traffic stop for a traffic violation resulted in the discovery of a felony arrest warrant i.

KPD wrote in a news release that Ketchner was the driver of a vehicle that an officer stopped for a traffic violation in the 2500 block of Fairgrounds Boulevard at 11:30 p.m. Saturday.

According to KPD, it was learned that Ketchner had a felony arrest warrant issued by the Mohave County Sheriff’s Office, and that her driver’s license was suspended due to a previous DUI. Ketchner was also reportedly found to be in illegal possession of assorted prescription medications.

She was arrested on suspicion of felony possession of dangerous drugs and possession of drug paraphernalia, as well as misdemeanor driving on a suspended license. Ketchner, who reportedly admitted involvement in the offenses, was booked into the Mohave County jail.