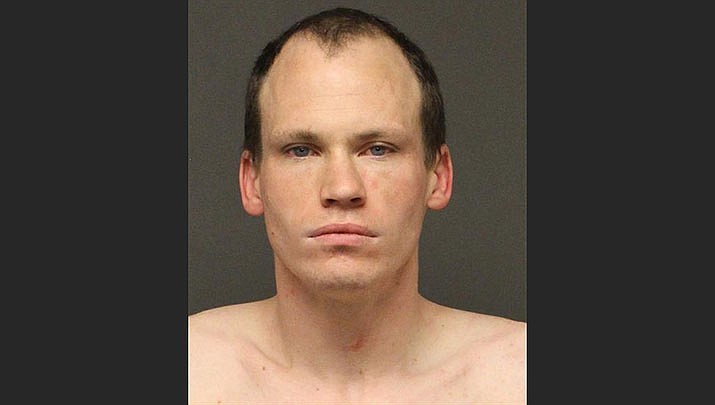 KINGMAN – James Ronald Moon, 27, of the Kingman area, was arrested by the Kingman Police Department Sunday, Feb. 28 after reportedly admitting involvement in a burglary that took place in the 3000 block of Airway Avenue.

KPD wrote in a news release that officers responded to a possible burglary in progress at approximately 12:35 a.m. Officers arrived and reportedly located Moon hiding in the fenced commercial yard of the business.

KPD wrote that Moon was in possession of a backpack that contained wire cutters. Moon, who according to law enforcement admitted involvement in the offense, was arrested on suspicion of 3rd degree burglary and possession of burglary tools, and booked into the Mohave County Adult Detention Facility.