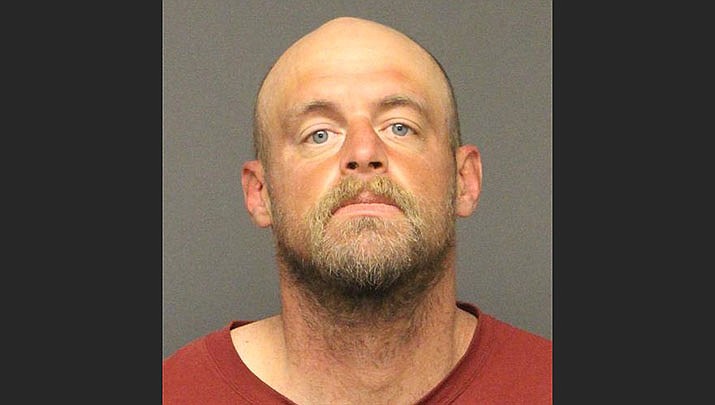 KINGMAN – Daniel A. Hale, 37, of the Kingman area, was arrested by the Kingman Police Department on Sunday, Feb. 28, and is awaiting extradition to New Mexico on a felony warrant for resisting arrest and child abuse.

KPD wrote in a news release that officers responded to a disturbance at a store in the 3300 block of Stockton Hill Road at approximately 6:10 p.m. Upon arrival, officers reportedly found Hale intoxicated and causing a disturbance.

According to law enforcement, Hale was yelling profanities while walking throughout the store. He was escorted out of the store when it was learned that he had a felony warrant for his arrest issued out of New Mexico.

Hale was arrested on suspicion of misdemeanor disorderly conduct and on the warrant issued out of New Mexico for resisting arrest and child abuse. He was booked into the Mohave County Adult Detention Facility on the local charges, and is awaiting extradition to New Mexico.