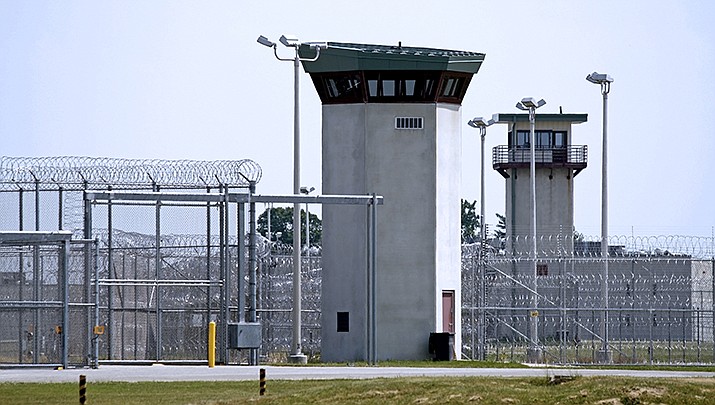 A federal judge considering whether to fine Arizona again over inadequate health care for prisoners has warned the state against offering any of its past excuses for why it hasn't followed through on its promises to improve care for inmates. (Adobe image)

PHOENIX - A federal judge considering whether to fine Arizona again over inadequate health care for prisoners has warned the state against offering any of its past excuses for why it hasn't followed through on its promises to improve care for inmates.

In an order Thursday, Judge Roslyn Silver also raised concerns about the time and money the state has put into making legal arguments, rather than focusing on complying with a 6-year-old settlement in a lawsuit that challenged the quality of health care in state-run prisons. Arizona has already faced $2.5 million in contempt-of-court fines in the case, and Silver has threatened a third round of financial penalties.

Despite the past contempt fines and the millions in legal fees that the state has paid to attorneys on both sides of the case, the judge said the state’s lawyers continue “to litigate each and every issue to the maximum extent possible, including frivolous ones,” and said some of the state’s appeals have been close to baseless.

Silver, who in the past has also threatened to throw out the legal settlement and bring the case to trial, wrote that “it is time for those responsible for this litigation to re-examine whether the six years of litigation represents a wise use of resources going forward.”

The Arizona Department of Corrections, Rehabilitation and Reentry issued a statement saying that it had met 75% of the requirements under the settlement and is committed to providing health care. But corrections officials declined to comment on Silver's criticism about the agency sinking resources into making legal arguments rather than focusing on compliance.

Over the last several years, corrections officials have been dogged by complaints that they have dragged their feet in fulfilling the state’s promises made in the settlement, which now covers 30,000 inmates in Arizona’s 10 state-run prisons.

In 2018, a magistrate judge imposed a $1.4 million contempt fine for noncompliance against the state, which paid the penalty but was later reimbursed for that amount by the company that at the time was providing health services inside prisons. Last week, Silver issued a $1.1 contempt fine.

The judge is considering a third round of contempt fines for noncompliance during the last 10 months of 2020. Lawyers for inmates say the fine could reach as high as $17 million.

Silver said the state couldn’t avoid the fine by blaming it on a problem in a given month that negatively affected compliance and instead must show that such a problem stemmed from conditions that officials didn’t or couldn’t have anticipated during the previous six years of the settlement. “To avoid sanctions, defendants must point to circumstances that were truly beyond their imagination or control,” Silver wrote.

“Defendants should not waste the state’s resources, nor the court’s time, with anything resembling the excuses they have offered in the past.”

The judge has ordered the state to explain in writing its failures in bringing certain performance measures into compliance. She agreed to extend the state’s deadline for the explanations until March 26.

The settlement arose out of a lawsuit that said the state’s prisons didn’t meet the basic requirements for providing adequate medical and mental health care for prisoners. The lawsuit said some prisoners complained that their cancer went undetected or that they were told to pray to be cured after begging for treatment.

It also said the failure of the medical staff at one prison to diagnose an inmate’s metastasized cancer resulted in his liver enlarging so much that his stomach swelled to the size of a pregnant woman at full term. Another inmate who had a history of prostate cancer had to wait more than two years for a biopsy.

The state denied allegations that it was providing inadequate care, and the lawsuit was settled without the state acknowledging any wrongdoing.