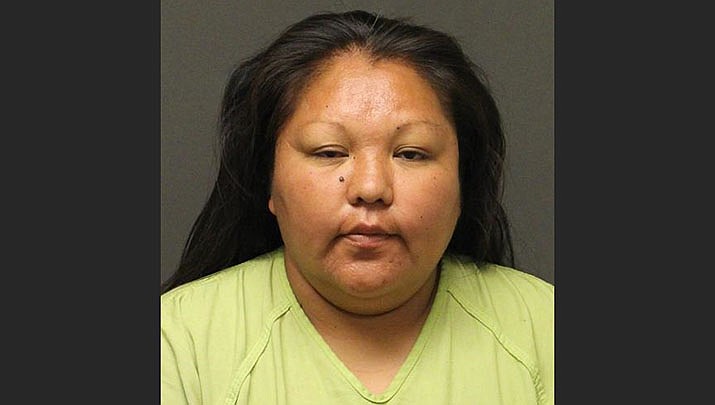 KINGMAN – Leanne Gale Watahomigie, 35, of Peach Springs, was arrested by the Kingman Police Department on Monday, March 8 after a verbal altercation reportedly escalated to a stabbing incident in the 1700 block of Airway Avenue.

KPD wrote in a news release that officers responded to a disturbance at a picnic area in the vicinity of Airway Avenue at approximately 6:10 p.m. Officers arrived to find a male subject with stab wounds to his neck and face.

The investigation determined that Watahomigie and the male subject had been drinking when they began arguing, according to KPD. During this time, Watahomigie is reported to have stabbed the victim multiple times. A witness called 911.

The victim, 41, of Peach Springs, was transported to Sunrise Medical Center in Las Vegas with serious, non-life threatening injuries. Watahomigie was arrested on suspicion of felony aggravated assault with a deadly weapon, and two misdemeanor arrest warrants. She was booked into the Mohave County Adult Detention Facility.