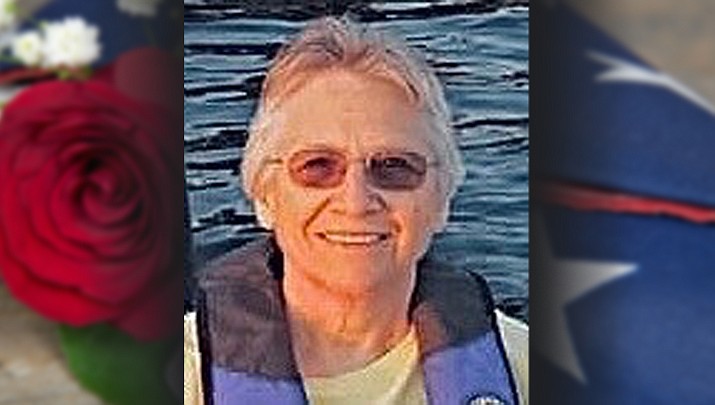 Chris, (or “Sue” by her family), was born into a military family and was educated all over the U.S. and Germany. She graduated from Aqua Fria High School in Goodyear, Arizona, class of 1966. Following graduation, she attended Glendale Community College in Glendale, Arizona and worked at the U.S. Department of Agriculture in Phoenix, Arizona. In 1967, she enlisted in the U.S. Navy, where she began a storied career of 23 years of honorable Naval Service as an Aviation Storekeeper. Her tours of duty took her throughout the eastern U.S.; Puerto Rico; the southwestern U.S.; and Guam. Her final command was NAS Brunswick, Maine, where she retired on Jan 31, 1990. In her early career, she was a Company Commander assigned to prepare and train young women recruits (“boot campers”) for Naval Service. She “pushed (guided) 13 companies of women recruits through Naval basic training, a record number for a Company Commander.

In 1986, Chris made the rank of Master Chief Petty Officer-Aviation Storekeeper or AKCM/E-9. This was an unprecedented accomplishment. It had been 22 years since the Navy had promoted a woman to Master Chief Petty Officer, in her career field of Aviation Storekeeper. Within the span of her Naval Service, Chris left a legacy of well-trained and responsible men and women Sailors and Marines, in the Naval Aviation Community and beyond. She was extremely proud of that specific accomplishment.

Chris is survived by her sister Barbara (“Bobbie”) Anderson and husband Fred of Goldendale, Washington; a brother, Daniel Christian and wife “Gracie” of Bullhead City, Arizona; a youngest brother, Steven Christian of Kingman, Arizona; and many nieces and nephews. She was predeceased by her parents.

Chris is also survived by her very special friend, “shipmate,” “sister,” loving and devoted companion/caregiver Laura Smallidge, of Mount Desert, Maine. Chris was well-loved by her “other family,” Glenn and Kim Smallidge of Ellsworth, Maine; Pauline Smallidge of Ellsworth, Maine; Kirk and Sue Smallidge of Hebron, Connecticut; and Kate, Jim, Meg, Jason, Jeff and Megan. She enjoyed love and special friendships with Jack and Wendy Frost of Lamoine, Maine; Bev Brennan of Kapolei, Hawaii; Efrain and Remedios Diaz (and family) of Surprise, Arizona; and John and Koula (“Kerri”) Spofford (and family) of Mount Desert, Maine. Chris was grateful for the love and therapy from Glenn and Kim’s cat, “Bentley,” who was truly gifted at sensing her disease.

Services will be held at Arlington National Cemetery at a later date.

Thank you to the Mount Desert Island Hospital doctors and staff for their exceptional care. Gifts in Chris’ memory may be made to Mount Desert Island Hospital, 10 Wayman Lane, Bar Harbor, ME, 04609; Northeast Harbor Ambulance Service, P.O. Box 122, Northeast Harbor, ME, 04662; SPCA of Hancock County, 141 Bar Harbor Road, Trenton, ME, 04605; or to a charity of your choice.

Condolences may be expressed at www.jordanfernald.com.