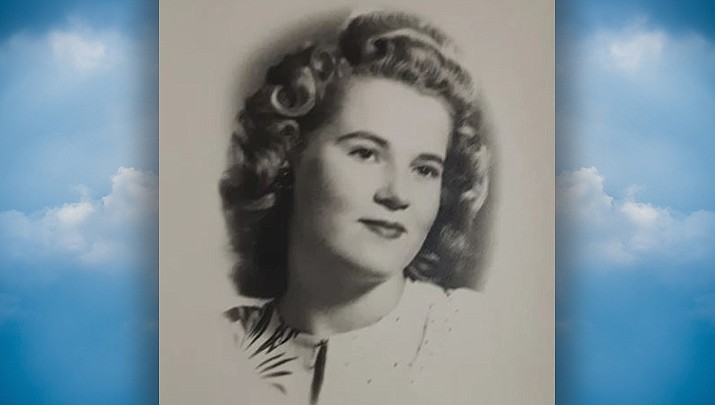 Mary Alice (Dollarhide) Kavadas, age 91, passed away peacefully on Thursday, March 11, 2021 at LaBella Assisted Living, a wonderful and caring home. She was born in Horatio, Arkansas Dec. 4, 1929 to Edgar and Edna Dollarhide. Mary was an only child.

She moved to Arizona when she was only 9 months old, where her family lived in Chloride, and her father worked in the mine. Later on they made the move into Kingman. While in high school she met the love of her life, Kostateno (Gus) Kavadas. They were married in 1946. They traveled and stayed in Illinois, where Gus’ family originated from, but later settled in Arizona. She and Gus were longtime business owners in Kingman, first with Kingman Welding, then with the Office Bar and lastly with the Starlite Lounge.

She loved cooking and listening to fish stories. Mary loved to talk of the good old days. She will be dearly missed.