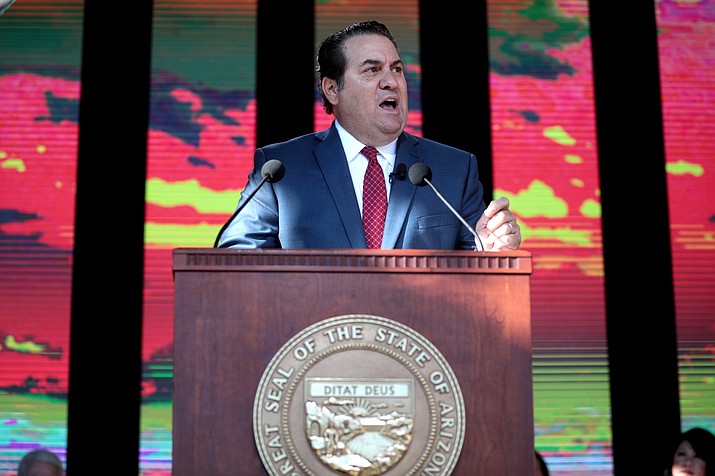 PHOENIX – Arizona Attorney General Mark Brnovich on Thursday sued the U.S. Treasury Department over a provision in President Joe Biden's massive coronavirus relief law that bars states from using the cash they get to directly or indirectly cut taxes.

The Arizona Republican contends the provision is unconstitutional because it is ambiguous and imposes on Arizona's sovereignty by attempting to control state budget decisions.

“It’s unacceptable for the federal government to commandeer states’ tax policies and micromanage their budgets,” Brnovich said in a statement.

The lawsuit came despite Treasury Secretary Janet Yellen telling Brnovich in a Tuesday letter that nothing in the law prevents Arizona from cutting taxes. What it does bar is using the $4.8 billion Arizona is getting from the American Rescue Plan Act to backfill those revenue cuts with the federal money.

“If states lower certain taxes but do not use funds under the act to offset those cuts – for example, by replacing the lost revenue through other means – the limitation in the act is not implicated,” Yellen said in the letter.

Gov. Doug Ducey told reporters Monday that his plan to enact a massive tax cut this year will not be affected by restrictions in Biden's $1.9 trillion virus funding law.

“If you read the guidance carefully as we have, you can do what you were going to do at the state level and still spend those dollars,” Ducey said.

Republican lawmakers who control the Legislature are considering a massive revamp of the tax code, at Ducey’s urging. His January budget proposal contains a $200 million per year tax cut that would rise to $600 million in three years. But with a budget surplus estimated to top $1 billion, state Senate and House Republicans are looking way beyond that number.

Brnovich called Yellen's assurances “ambiguous” and in direct conflict with statements by Democratic Sen. Joe Manchin of West Virginia, who has publicly said that states shouldn't be cutting taxes when they need money to combat the coronavirus and insisted on the no tax cut provision as a condition of his key vote.

Brnovich is seeking a declaration that the tax cut ban is unconstitutional and enjoining the Treasury Department from enforcing the provision.

“Arizona needs clarity on the legality and meaning of this provision,” Brnovich's federal lawsuit says. “Policymakers in the state have real and present interest in tax policy which could potentially decrease net tax revenue against some baselines. Those policymakers need to know how their decisions could interact with their use of funds under the Act.”