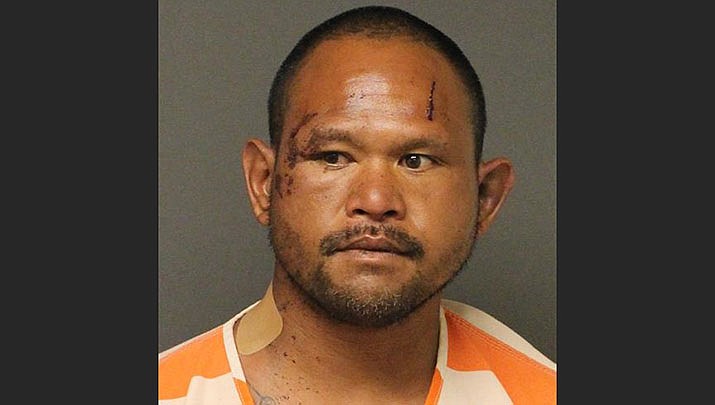 Law enforcement was initially called to the 6900 block of Stirrup Circle in reference to a disturbance at approximately 4:24 a.m.

KPD wrote in a news release that Bridgman, a 5-year officer, had given multiple commands to Ahuna, who was reportedly resisting arrest, striking the deputy multiple times in the head and face with his fists and blunt objects.

Bridgman fired one shot, which struck Ahuna. The deputy continued to hold Ahuna at gunpoint while waiting for other deputies arrive. KPD wrote that Ahuna ignored Bridgman’s commands and his attempts to render aid.

Upon arrival of other deputies, Ahuna is alleged to have continued to be noncompliant. Less-lethal means were deployed and Ahuna was taken into custody. He was booked into the Mohave County Adult Detention Facility on suspicion of aggravated assault on a police officer.

“The shooting incident was recorded on an Axon body-worn camera. The Kingman Police Department is releasing the body-worn camera footage from the Mohave County Sheriff’s Office deputy-involved shooting which occurred March 7 in Dolan Springs,” KPD wrote. “The investigation remains ongoing pending a review by the Mohave County Attorney’s Office. No further details will be released at this time.”

KPD advises that the video contains graphic images and should be watched at one’s discretion: https://www.youtube.com/watch?v=FM-JbK943cA.