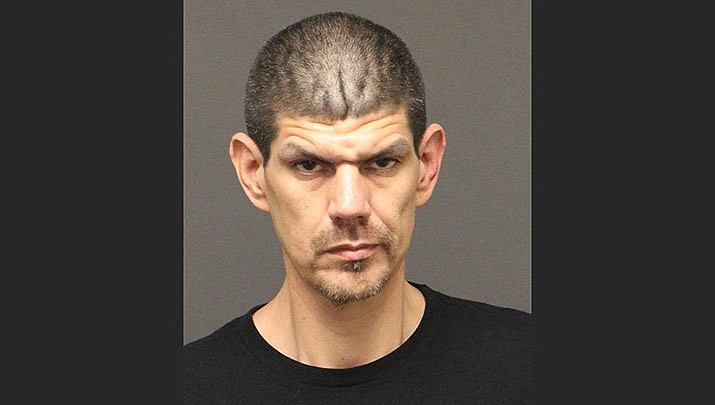 KINGMAN – Nicholas Abran Muniz, 40, of Kingman, was arrested by the Mohave County Sheriff’s Office on Wednesday, March 24 on suspicion of dangerous drug possession.

MCSO wrote in a news release that at approximately 6:10 p.m., deputies responded to a residence in the 4000 block of Lum Avenue in reference to a probation assist. Probation officers on scene advised that during a residence search, they located a baggie containing a white, powdery substance, and a handgun.

When asked about the items, Muniz reportedly admitted the substance was methamphetamine. Muniz was arrested on suspicion of dangerous drug possession and possession of a weapon by a prohibited person, both felonies. He was booked into the Mohave County Adult Detention Facility.