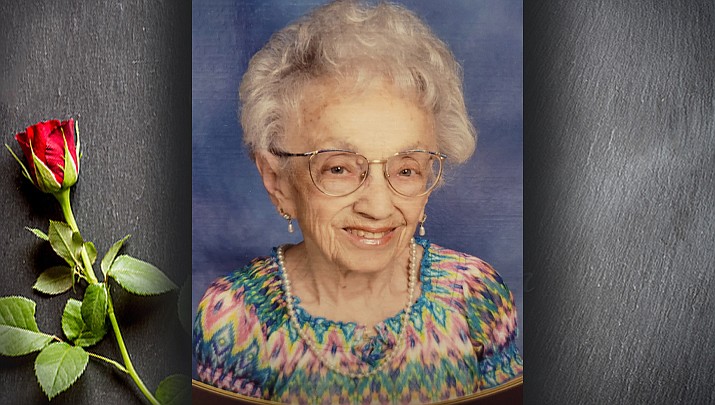 Nancy A. Rembolt went home to heaven at the age of 97 on March 13, 2021, in Kingman, Arizona. She was born on April 19, 1923, in Ralston, Nebraska, the third of eight children of Italian immigrants, Michele and Teresa Fucinaro. Following high school graduation, she accepted a secretarial position at the Pentagon in Washington D.C., working for the signal corps before and during World War II. She met her future husband, Fred (Fritz) Rembolt at a USO dance there. After the war, they were married and settled in Grand Island, Nebraska, and raised three children.

After retiring, Nancy and Fritz became full-time RVers for 20 years, traveling between Colorado, Oregon, California and Arizona. They enjoyed visiting their kids, fishing and making many great friends at the RV parks. When their traveling days were over, they settled in Kingman, Arizona.

Nancy was preceded in death by her parents, her seven siblings, and her husband. She is survived by her three children, Rita Bunik of Kingman, Arizona, Michael (LeciaKaren) of Kingman, Arizona, and Carla Rembolt of Arvada, Colorado. She is also survived by three grandchildren, four great-grandchildren, and many nieces, nephews and friends. She was dearly loved and will be greatly missed.