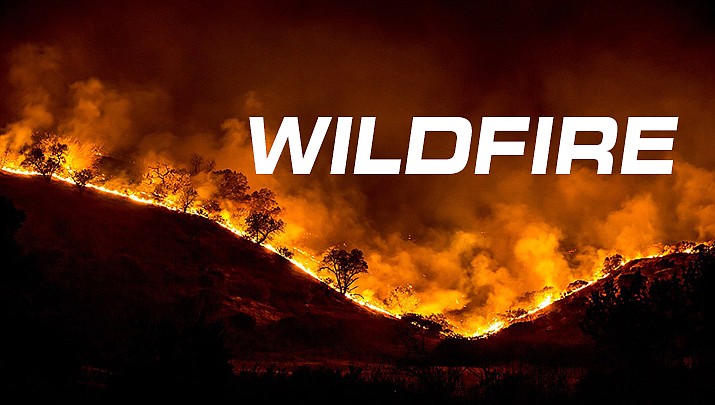 GLOBE - A route between metro Phoenix and the White Mountains in eastern Arizona’s high country remained closed Saturday because of a wildfire burning along the highway.

The Arizona Department of Transportation said a 60-mile stretch of US 60 was closed between the eastern outskirts of Globe and the junction of the federal highway with State Route 73 on the Fort Apache Indian Reservation.

Officials said the fire started Friday about 3 miles northeast of Globe and as of early Saturday morning it had burned an estimated 1,500 acres of grass and brush.

No evacuations were announced.

Officials said the wildland fire was determined to be caused by humans, but specifics were not provided.

PHOENIX - A Phoenix police officer shot and wounded a man who had raised a gun toward the officer after earlier shooting at different officer, the Police Department said Saturday.

The 34-year-old suspect was hospitalized in critical condition after the Friday night shooting, a police statement said.

The incident started when a patrol sergeants observed a “suspicious vehicle" and its driver pointed a gun out the window and fired one shot “in an unknown direction," the statement said.

During the ensuing pursuit, Glendale police notified Phoenix police that the vehicle had been used in an armed robbery.

After officers were able to stop the vehicle, the suspect raised a gun toward an officer who then shot him, the statement said.

No identities were released.

Stretch of Verde River closed to public for cattle removal

CAMP VERDE - A scenic stretch of the Verde River popular for outdoor recreation in north-central Arizona will be closed to the public for the next two weeks while contractors round up and remove unauthorized or feral cattle.

The river and land along it won’t be available for camping, floating or for watercraft launching or removal between Beasley Flat and the river’s confluence with Fossil Creek from May 10 to May 24, the Forest Service said Friday.

The closure area includes Child Recreation Site and Verde Hot Springs and land within a quarter-mile of the river corridor, the Forest Service said in a news release.

Portions of the area are in the Coconino, Prescott and Tonto forests. The Forest Service said livestock is not authorized in the corridor, which is designated as wild and scenic.