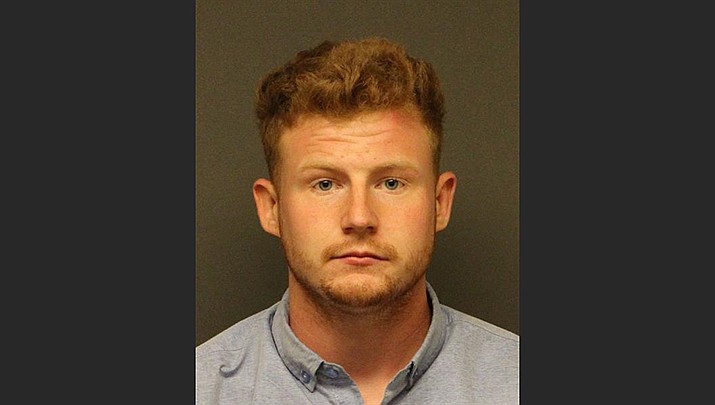 KINGMAN – Jim Douglas Mosier, 23, of Bullhead City, has been arrested by the Mohave County Sheriff’s Office on suspicion of second-degree murder in a shooting at the Walmart in Fort Mohave on Wednesday, May 19.

MCSO wrote in a news release that at 5:30 p.m. deputies and detectives, along with the Fort Mojave Tribal Police Department and Department of Public Safety troopers, responded to the store at 5210 S. Highway 95 to a shooting.

The rider of a motorcycle, later identified as Mosier, was allegedly driving recklessly along Highway 95. The driver of another vehicle, identified as Larry Burton Marcum, 41, of Bullhead City, observed Mosier pull into the front of Walmart and park. Marcum then reportedly confronted Mosier about his driving behavior.

After a short time, Marcum placed his handgun back into his pocket. MCSO wrote that he then, while unarmed, went to kick Mosier. Mosier is alleged to have then raised his gun, firing one shot which struck Marcum in the upper chest area. Marcum immediately fell to the ground.

Mosier then holstered his handgun and called 911. Bystanders performed first aid on Marcum until medical personnel arrived. He was pronounced dead at a local hospital.

Witnesses were interviewed, video surveillance was reviewed and Mosier was booked at the Mohave County Adult Detention Facility for second-degree murder.