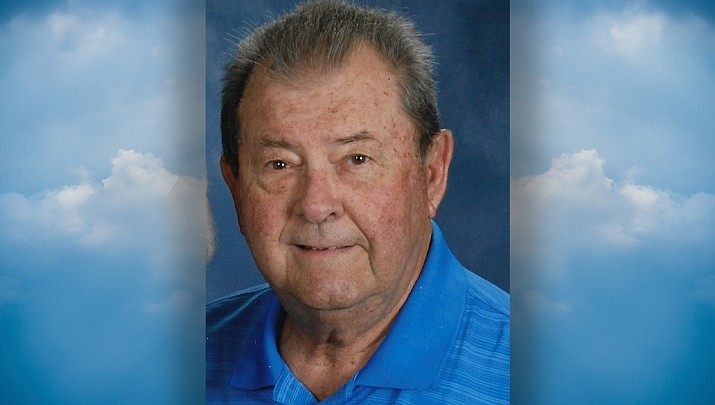 The youngest of two sons born to Harold and Eva Johnson in Osceola, Nebraska on May 26, 1934, Hal’s family moved west and lived in various cities in California and throughout coastal towns in Washington. Hal later returned to Osceola where he graduated from Osceola High School.

As a young man, Hal developed a great work ethic and was highly driven. He worked numerous jobs growing up, including holding a position at his father’s famous Hollywood, California restaurant, Kelbo’s Hawaiian BBQ, before enlisting in the Naval (Air) Reserves in 1952 in Lincoln, Nebraska at age 18. It was in 1955 that he was called to active duty, and it was upon his honorable discharge in 1964 that Hal immediately reenlisted and served another eight years before he fully retired as a Chief Petty Officer in December of 1972. The service took him all over the United States, Newfoundland, Azores, Spain, Hawaii, Guam, Vietnam and Japan.

It was in 1953 while living in Lincoln that Hal met and fell in love with Arlene Pint, a native of Pierce, Nebraska. They married in her hometown on Feb. 12, 1955, which Hal affectionately referred to as one of the best days of his life in spite of the record low temperature of 15 degrees below zero that morning.

Hal and Arlene raised five children and lived from coast to coast so Hal could serve our country before they settled in Kingman, Arizona in 1967. It was in Kingman where Hal, Arlene, and their children helped build the Kampgrounds Of America (KOA Campgrounds, AZ) with Hal’s father, stepmother, and his uncle. He was instrumental in the growth of Kingman and devoted himself to community work as a member of numerous clubs and advisory boards. In 2011, Hal and Arlene moved to Peoria, Arizona to be closer to family after their children had graduated from Kingman High School and went on to pursue their own careers throughout the United States.

Hal was the epitome of the definition of “having an entrepreneurial spirit,” which was evident as being recognized throughout his lifetime with numerous business awards, including the prestigious Andy Awards for Business Person of the Year and again as Lifetime Achiever of the Year. Hal started his successful real estate business where, in just a few short years, he purchased Storms Real Estate and later added multiple Century 21 franchises in Arizona: Bullhead City, Lake Havasu City and Valley Vista. He eventually sold the Century 21 business in 2001 and then fully retired May 2008.

Hal and Arlene loved to travel with countless trips with the kids to San Diego/Huntington Beach, boat camping at Lake Mohave/Havasu/Mead/Powell, motorhome road trips to visit relatives in Nebraska, and, of course, just up the hill to the family-built Hualapai Mountain cabin. Hal and Arlene visited most all of the U.S., Mexico, Canada, Bermuda, Caribbean Islands, Panama Canal, Germany, Austria, Switzerland, Kenya, Seychelles Islands, Yemen, Egypt, Australia and Fiji. Some of their favorite trips were week-long romantic stays in both Cabo and Coronado Island.

Other than golf, his most favorite thing in the world was spending time with family including his 10 grandchildren and 10 great-grandchildren, He is also survived by his half-brother Dave (Penny) Grinde, Reno, Nevada.

Hal is predeceased by his father Hal Sr.; mother Eva; stepmothers Ann and Rosalie; stepfather Jack; brother and his wife Don and Jeanne; two half-sisters Donna and Sharon; and grandson Chad. Hal also leaves behind many dear relatives and friends.

The family respectfully requests that in lieu of flowers donations be made to any of the following nonprofit organizations with memo field “Hal J Johnson Memorial.”