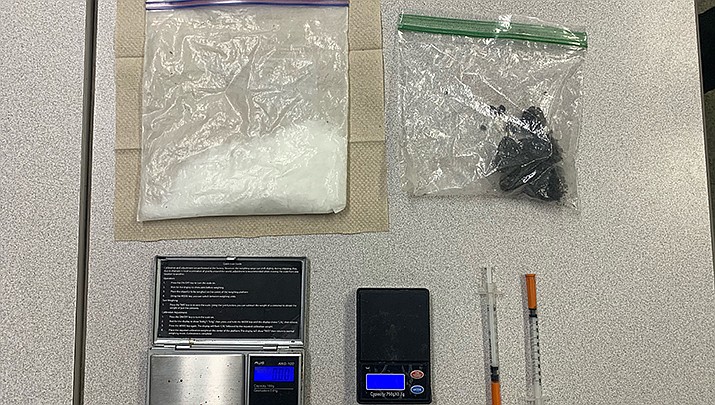 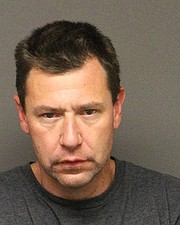 KINGMAN – Paul Alan Reilly, 43, of Bullhead City, was arrested by the Mohave County Sheriff’s Office on Wednesday, May 20 on suspicion of multiple felony drug charges stemming from a traffic stop.

MCSO wrote in a news release that at 11:45 a.m. deputies observed a motorcycle in the area of Camp Mohave Road and Highway 95 in Fort Mohave. Deputies reportedly observed a 2017 registration tag on the license plate. A traffic stop was conducted and deputies contacted the operator, identified as Reilly.

Reilly advised he had just purchased the motorcycle and was taking it for a test drive. According to the sheriff’s office, deputies learned Reilly did not have a motorcycle endorsement, the motorcycle’s registration nor insurance. A subsequent record’s check revealed Reilly’s license was suspended, and he had an active arrest warrant.

Further investigation revealed Reilly was wearing a GPS ankle monitor and currently on probation out of California, the sheriff’s office wrote.

A pat search reportedly revealed a syringe in Reilly’s pocket, around which time deputies reported observing a bag on the motorcycle’s fuel tank. A search of the bag allegedly revealed 59.6 grams of methamphetamine, 34.9 grams of heroin and two digital scales.