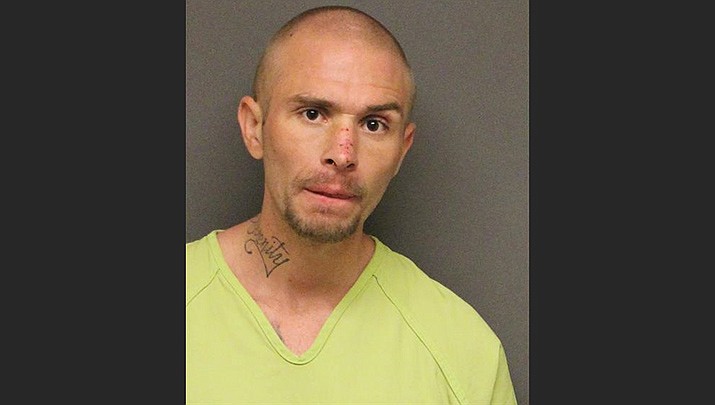 KINGMAN – Brandon James Stott, 27, of Tucson, was arrested by the Kingman Police Department on Monday, Nov. 1 after allegedly leaving the scene of an injury crash while under the influence on Monday, Nov. 1.

KPD wrote in a news release that officers responded to a one-vehicle crash in the 500 block of Wilshire Avenue at around 2:30 a.m. Monday. Witnesses advised that the driver of the vehicle was fleeing on foot.

A witness was able to detain the driver, identified as Stott, who was taken into custody when officers arrived. The investigation reportedly determined that Stott was driving a white Nissan truck that had been stolen earlier in the evening from a used car dealership in the 400 block of Bank Street.

KPD wrote that Stott, who appeared to be intoxicated and impaired, had crashed into a parked vehicle. The parked vehicle was occupied by a male subject, who was sleeping. The man was injured and transported to Kingman Regional Medical Center with head and neck injuries.

Stott was treated and released from KRMC with minor injuries before being booked into the Mohave County jail on suspicion of felony aggravated DUI, leaving the scene of an injury crash and two misdemeanor counts of criminal damage.