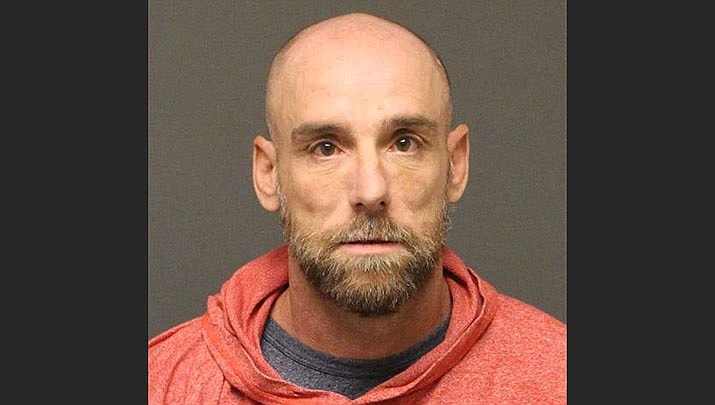 KINGMAN – Monte Brooks Eikleberry, 46, of Kingman, was arrested by the Mohave County Sheriff’s Office on Oct. 23 after deputies reportedly discovered he had an active arrest warrant.

MCSO wrote in a news release that at 1 a.m., deputies were patrolling the area of E. Camp Mohave Road and Highway 95 when they observed a red sedan stopped at a red light. Deputies reportedly observed that the rear turn signal was broken, at which time a records check was conducted and showed an expired license plate since August 2018.

A traffic stop was conducted and deputies made contact with the driver, later identified as Eikleberry, and a female passenger. When asked for the required documents, Eikleberry reportedly advised that he did not have registration or insurance for the vehicles, and provided deputies with an expired license.

A records check also revealed that he had an active arrest warrant, according to law enforcement, and Eikleberry was detained. During a pat search, deputies reportedly located a clear, plastic baggie containing 4.3 grams of methamphetamine in his left pocket. No illegal items were located inside the vehicle and the female passenger was released from the scene.

Eikleberry was transported to the Mohave County jail on suspicion of felony drug possession and drug paraphernalia possession, and an active arrest warrant.