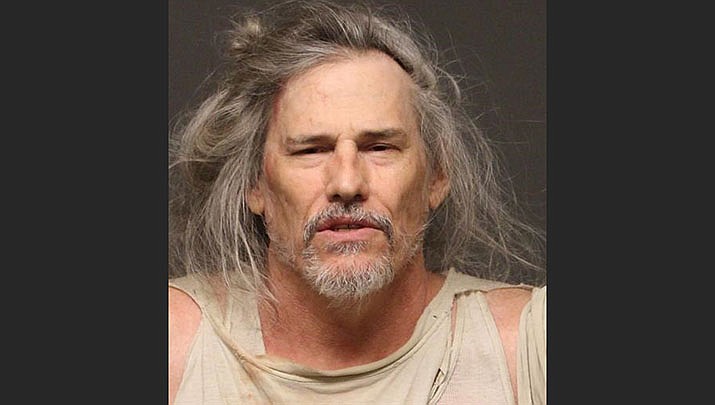 KINGMAN – Paul Edge, 56, of Lake Havasu City, was arrested by the Mohave County Sheriff’s Office on Oct. 20 after allegedly assaulting a deputy.

MCSO wrote in a news release that just before 5 p.m., deputies responded to a residence in the 3000 block of Mescalero Drive in reference to a disturbance. The reporting party advised that his neighbor, later identified as Edge, had kicked a hole in his fence and was yelling.

Deputies arrive don scene and made contact with the reporting party and observed the damaged fence. As deputies approached Edge’s residence, they could reportedly hear yelling inside the house. Edge was “extremely agitated and confrontational with the deputy,” upon opening his door, according to MCSO.

The deputy attempted to place his hand on Edge’s chest to create distance between them, at which time Edge is alleged to have smacked the deputy’s hand away while moving toward the deputy with his fists clenched.

This continued for several minutes, the sheriff’s office reported, with the deputy continuing to identify himself and telling Edge to calm down. Edge continued to smack the deputy’s hands away and move toward him in a confrontational manner, according to law enforcement.

Edge was transported to the Mohave County jail on suspicion of felony aggravated assault on an officer and resisting arrest with physical force, as well as misdemeanor disorderly conduct.