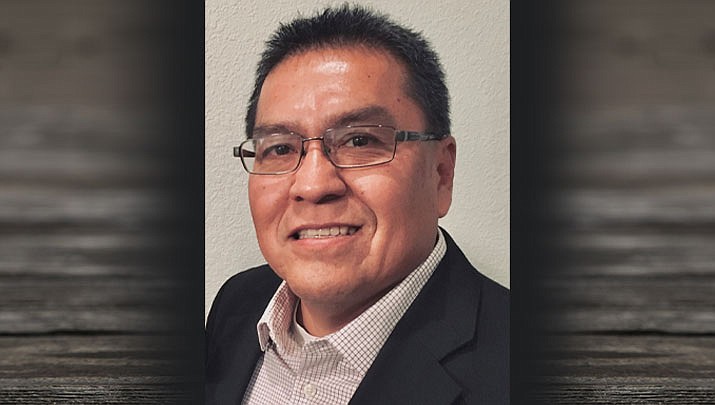 Allen was born Jackie Allen Pashano on Nov. 10, 1961, to Winifred (Lomasnewa) Pashano and Jack Poola Pashano in Winslow, Arizona. It’s been said that Allen got away with his informal name change for a long time.

Allen is survived by his high school sweetheart and wife of 39 years, Carol; his two adult sons, Derek (Christina) and Todd (Jessica); his daughter Haley; his mother, Winifred; and his brother, Rob (all of Kingman). He is also survived and loved by numerous family members from both his and Carol’s family. Allen’s father, Jack Pashano, was a 1968 U.S. Army casualty of the Vietnam War, and he lost his brother, Gary Lee Pashano, in 1981. Allen was a member of the Hopi Tribe.

Allen brought his family back to Kingman in March of 2021. He was an Associate Pastor to Kingman Family Worship Center and the Arizona Regional Coordinator for Pentecostal Church of God Native American Ministries until the time of his passing due to the effects of COVID-19. He was an avid sports and movie fan, and he enjoyed photography, playing basketball and softball, fishing, camping and spending time with his family.

All who knew Allen in this life remember his happy heart, his willing smile and his love of God. He will be greatly missed by his family and friends. Even in this sad time, we rejoice for Allen because he was secure in the knowledge of his destination after this life. We take some measure of comfort knowing that the separation that we must endure is only for a brief time until we are all reunited again in Heaven.

Services will be held at Kingman Family Worship Center, 4087 N. Eagle Drive, Kingman, Arizona, on Friday, Nov. 12, 2021, beginning at 11 a.m. with visitation from 9 until 11 and graveside service at 1 p.m. COVID protocols are recommended. Arrangements made by Sutton Memorial Funeral Home.