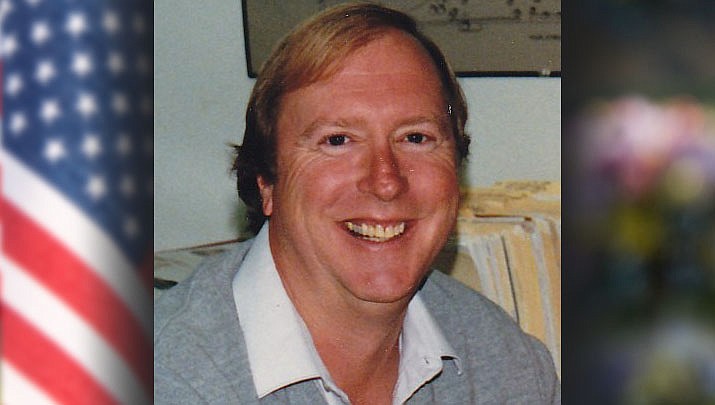 Peter “Pete” Arthur Hansen, 76, of Golden Valley, Arizona, passed away from liver cancer on April 7, 2021, at Kingman Regional Medical Center, with family at his side.

Pete was born on June 26, 1944, in Elmira, New York to parents Stanley Warren Hansen, Sr. and Frances Emily Sullivan. He spent the summers of his youth exploring the woods and the world with his brother Stanley at their grandparents’ home in Oneonta, New York. Somehow, he retained all his fingers and toes despite their youthful shenanigans. A favorite story was filling a pickle jar with alternating layers of cotton and gunpowder, which went about as well as you would expect; Pete lost his eyebrows and several layers of skin (and the startled dog bit him for good measure!). He became a bit more cautious as he grew older, but he never lost his infectious love of adventure.

Pete developed an abiding interest in music and playing the guitar at an early age, purchasing his first Gibson in 1958. He often relived seeing Johnny Cash perform at the Oneonta Drive-In theater as a teenager and meeting him at a recording studio in Georgia when he was 16 years old. These experiences had a profound impact on Pete and how he chose to express himself throughout his lifetime. Serving in the Vietnam War may have derailed Pete from the rock star path he was on with his high school band “The Heartbeats,” but music continued to course through his veins throughout his life. His collection of instruments grew to include several guitars, banjos, a mandolin, harmonicas, autoharps, a pan flute and an accordion.

Pete graduated from Monroe-Woodbury High School in Central Valley, New York in 1962 by the skin of his teeth. He suffered a burst appendix during a final exam and woke up in the hospital, but it was decided he should be allowed to graduate despite not completing his exams. His high school yearbook indicates Pete “likes playing the guitar, sleep, tennis, and mechanical drawing” and future plans included “college and becoming a draftsman.”

After graduating high school and recovering from his burst appendix, Pete enlisted in the U.S. Navy and trained at the Great Lakes Naval Station. Days before completing basic training he contracted pneumonia, resulting in a three-month convalescence. This shifted him into a new group of shipmates that he much preferred, including lifelong friend Juan Trujillo. Until his honorable discharge in 1967, he served as an electrician aboard the U.S.S. Frontier, a tender ship stationed at Pearl Harbor in Hawaii. Following his military service, Pete became a husband and father, spent time adventuring in Alaska and established a new life in California. He attended Golden West College in Huntington Beach and Pasadena City College before transferring to Cal Poly San Luis Obispo, where he earned a bachelor’s degree in Architecture in 1974.

As an architect Pete worked for the State of California for 30 years, holding positions of Director of Facilities at Glendale Community College and Facilities Services Administrator at Santa Monica College until 2003. Pete was especially proud of the work he did to restore the Santa Monica College campus after the destructive Northridge Earthquake. It required traveling to Sacramento via plane, something he especially disliked, but his efforts yielded FEMA-funding to maximize rebuilding efforts and the successful rebuilding of the largest urban community college campus in California. His early retirement was precipitated by an extensive battle with, and victory over, a rare form of sarcoma cancer.

After retirement and beating cancer, Pete left the hustle and bustle of Southern California to build a new life. He chose to follow his best friend, Paul Dozois, to Golden Valley, Arizona to start this next chapter. Although Paul suffered from Parkinson’s and passed away just a few years after Pete relocated, he took root in Golden Valley, connecting closely with Kirkland Road neighbors Don and Sharon Schwartzlose. He was passionate about the history and geology of the Southwest, and enjoyed locating old mines, collecting turquoise, lapidary/making jewelry and could often be found (or not) exploring the Mojave Desert when he wasn’t at home. He was a member of the Southern California Military Vehicle Collectors Club, Death Valley 49ers, and served as President and Treasurer of the Mohave County Gemstoners Rock and Mineral Club.

While enjoying the garden at his favorite historic building in Old Town Kingman, the Bonelli House, in 2005, Pete met Mimi Myers, who had just blown into town in her motorhome and had been exploring the Southwest - one back road and byway at a time. Both were taken with each other, and her travels abruptly came to a close. Mimi had an enormous impact on Pete, and they became very close, sharing a fulfilling and rich life together for several years.

Anyone who knew Pete recognized he was a dedicated son, brother, father and friend. He left a rich legacy and continues to inspire those that he touched during his lifetime. He will be especially remembered for his kindhearted nature and ability to find common ground and connect with others from all backgrounds and walks of life.

Pete’s remains were cremated and his ashes scattered on his homestead, amongst the ocotillo and cacti that drew him to Golden Valley. A memorial bench has been placed in Pete’s honor at the Bonelli House. In recognition of Pete’s passing, donations may be directed to the Mohave Museum of History of Arts on Route 66 in Old Kingman.