Column | A grassroots effort can defy the odds 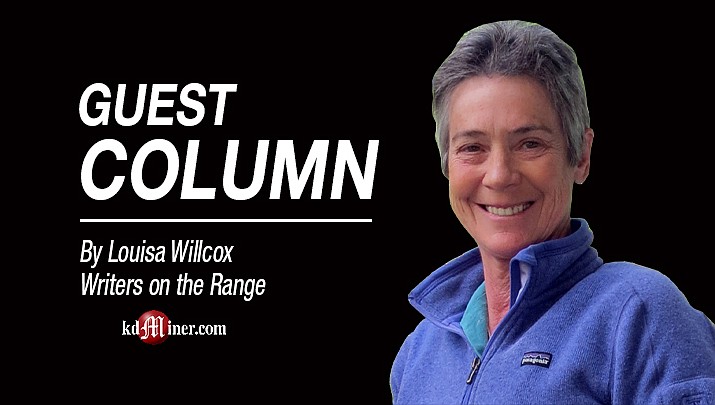 This year marks the 25th anniversary of one of the most spectacular conservation victories in history: the defeat of a massive gold mine planned for the doorstep of Yellowstone National Park.

Called the New World mine, it was proposed by the Canadian corporate giant Noranda, and it had a lot of momentum behind it. Yet the mine would have destroyed world-class trout fisheries and wild places for grizzlies and other wildlife in and around the nation’s first park.

Noranda planned to industrialize a rugged corner of the Beartooth Mountains of Montana and Wyoming with its underground mine, mill site and work camp, and a 70-mile long, high voltage transmission line. An 80-acre lake of mine waste would have flooded a wetland, all this at the headwaters of three drainages in a landscape prone to avalanches, earthquakes and blizzards.

As Stu Coleman of Yellowstone National Park put it: “If you threw a dart at a map of the United States, you could not hit a worse place to put a mine.”

Still, the mine seemed a sure thing. No mine on public land had ever been stopped, thanks to the power of the Mining Law of 1872, passed the same year that Yellowstone Park was designated. It gives hard-rock mining priority over all other activities. Working back then for the Greater Yellowstone Coalition, I recall being told that fighting Noranda was futile and perhaps dangerous.

What happened, though, felt like a miracle. A coalition of unlikely allies came together – anglers, hunters, ranchers, snowmobilers, park visitors, conservationists, scientists, artists and local businesses. All agreed that Yellowstone Park and the nearby wild country were more precious than gold. Together with officials from the park and the Interior Department, they created such a storm of opposition that President Bill Clinton finally intervened.

Looking back, what we did seems like textbook organizing, combining legal and media work supported by generous donors. It took a seven-year campaign until Noranda, beaten in court and bruised by negative public opinion, was eager for a way out.

Negotiations were complex, but on Aug. 12, 1996, President Clinton announced a deal that stopped the mine, bought out Noranda’s interest, retired its claims and restored lands that had been heavily damaged by mining activity from decades earlier.

I remember feeling amazed when this David and Goliath battle ended. It would still take years for the government to purchase most of the mining claims, and almost two decades to restore the area’s toxic streams.

At a celebration this year of the 25th anniversary of Clinton’s announcement, veterans of the fight shared reminiscences, marveling again that we won. Some had gone on to lead other successful campaigns, including bringing back wolves to Yellowstone and protecting the Wyoming Range and Montana’s Rocky Mountain Front from oil and gas development.

All of these campaigns needed strong coalitions and luck to succeed. What did they have in common?

Locally, they shared a diverse and fired-up grassroots base. Then they were able to develop legal and communications strategies that reached out regionally, even nationally. And, because the battles dragged on, they required stamina, leadership, a high level of coordination, and, crucially, substantial funding.

What helped was that the battles centered on wild places or species whose iconic status generated wide support.

In more than 40 years of conservation advocacy, I have seen numerous campaigns fail. Advocates often misunderstood the complexity of what they faced or the need to adapt as circumstances changed. They lacked the skill and openness to sustain a broad-based coalition, ran out of money, or the political climate soured. Sometimes, champions abandoned the fight because the struggle just lasted so long. Success, I’m sorry to say, is hardly the norm.

Yet how wondrous it is when you save a place or restore a species. The New World site is not an industrial nightmare now.

Cutthroat trout swim again in upper Soda Butte Creek. Wildflowers abound in areas where tons of poisonous waste from earlier gold mining is now safely buried. A weasel has created a palace in a collapsed miner’s cabin, and grizzlies excavate whitebark pine seeds nearby that were cached by squirrels.

To me, the New World campaign was not just about stopping a mine. It was about a burning love for a special place that inspired us to keep working together to achieve a shared goal.

(Louisa Willcox is a contributor to Writers on the Range, a nonprofit dedicated to spurring lively conversation about the West. She is co-founder of Grizzly Times, which works to protect habitat for grizzlies.)