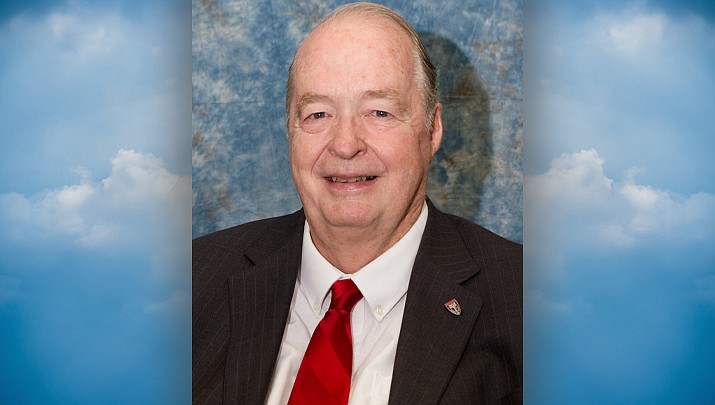 Roger L. Johnson passed away peacefully on Nov. 22, 2021, in his home in Kingman, Arizona, with family by his side. He died from congestive heart failure. He was born April 1, 1939, in Price, Utah, to Mark William Johnson and Lucile Straw Johnson. He attended elementary and junior high school in Salt Lake City, Utah, and graduated from high school in Springville, Utah.

Roger married Sharon Lee Goodsell on June 6, 1963, in the Manti Temple, Manti, Utah. He is preceded in death by his wife Sharon, who passed away on Aug. 15, 2020. He is survived by their five children Lee Roger (Charmen) Johnson, Mesa, Arizona, Justine (Craig) Harris, Washington, Missouri, Travis Craig (Rose) Johnson, Issaquah, Washington, Sheldon Mark Johnson, Sr., Kingman, Arizona and Dartell Johnson, Mesa, Arizona. He is also survived by two brothers William Carl Johnson, Springville, Utah and Wayne S. (Diane) Johnson, Nephi, Utah. He is survived by 12-plus grandchildren and 10-plus great-grandchildren. His parents preceded him in death.

Roger received a Bachelor’s Degree in Music Education and a Master’s Degree in Educational Administration from Brigham Young University. He taught music in Monroe and Salt Lake City, Utah and in Scottsdale, Arizona from 1965 to 1972. He received his Ph.D. in Higher Education Administration from Arizona State University in 1973. He was Dean of the Mohave Community College, Lake Havasu City Arizona Campus from 1974 to 1985. He was College Registrar for Mohave Community College, Kingman Arizona Campus from 1985 to retirement in 2002. He also served as the Executive Director of Mohave Community College Foundation from 1985 to 1996. He served as officers in State and Regional Registrar Associations. One of his successes was serving on a state committee to articulate transfer education among colleges and universities for students in Arizona. He served many years in Boy Scouts of America in Lake Havasu City and Kingman, Arizona. He was a past member and officer of the Kiwanis Club in Lake Havasu City. He was a lifelong member of The Church of Jesus Christ of Latter-day Saints. He served in many capacities within the church and community.

Memorial services will be held for family only at home. His body will be donated to medical science. He and his wife were well loved and respected by all with whom they associated and will be dearly missed. Until we meet again.