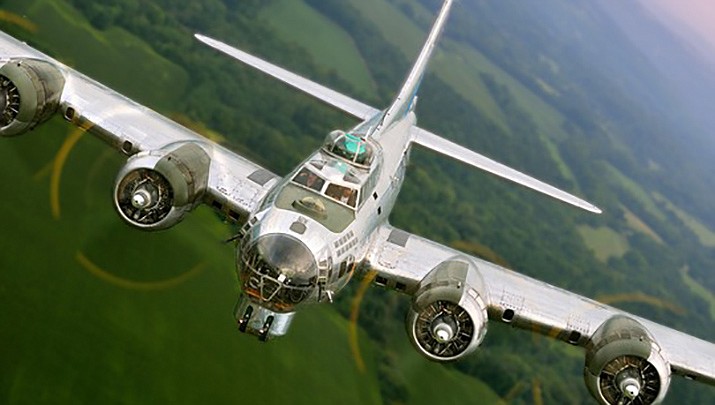 U.S. Army Air Force Major Leven Ferrin, a World War II veteran, will be honored with a visit by a B-17 Flying Fortess at the Kingman Airport on Monday, Dec. 6. (Courtesy photo)

Major Leven Ferrin of Kingman will be lauded for his years of heroic service in World War II with a visit by a B-17 Flying Fortress, the same aircraft that he commanded during the hostilities in World War II.

The plane – Flying Fortress B-17 Sentimental Journey – provided by the AZ Commemorative Air Force, will circle Kingman before landing for the festivities at 9 a.m.

The public is invited to attend the event, and American Legion Post 14 will provide a free lunch to any WWII veterans at the Kingman Airport Cafe on the day of Major Ferrin’s celebration.

“This will also be a truly unique opportunity to see the complete livery of aircraft types that Major Ferrin flew before flying off to war at 21 years of age in a B-17,” the release noted. They include a Stearman Biplane, Vultee BT-13 and. North American T-6, event organizers wrote in a news release.