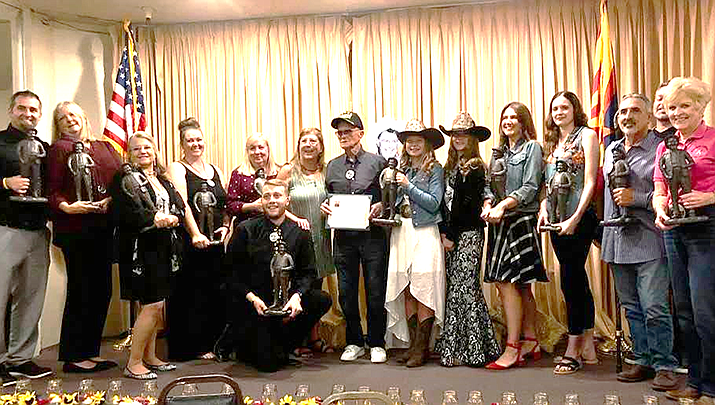 KINGMAN – Local individuals, organizations and businesses making a difference in the community were honored at the annual Andy Awards Dinner held Sept. 20 at Beale Celebrations.

Educator of the Year was presented to Joy Short, Organization of the Year to the Kingman Cancer Care Unit and the Public Service Award to Teri Williams.

There was a three-way tie for Young Professional of the Year, with Dyllan Farney, Lauren Peterson and Sharon Stockbridge receiving awards.

The Bee News was dubbed Business of the Year, and Juliana Clouser Student of the Year. Marcia Joslin was awarded the Citizen of the Year award and Owen Shultz received the Lifetime Achiever award.

Most Improved Commercial Property went to Kmart Plaza/Ben LeParne, while the Chamber Member of the Year was awarded to Anderson Ford and Ambassador of the Year to Lori Gunnette.