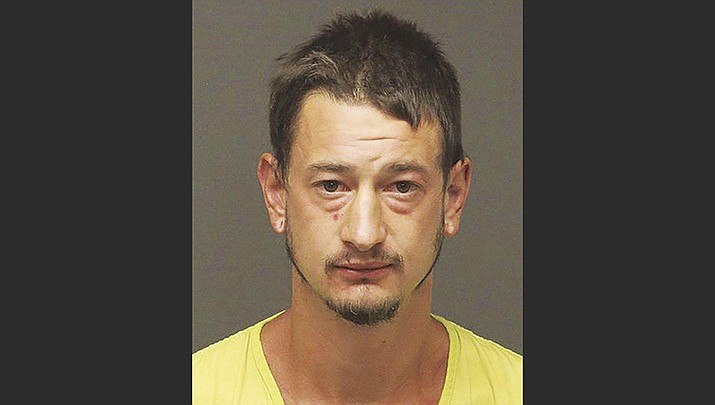 KINGMAN – A Lake Havasu City man is scheduled to stand trial on charges of sexual assault this month. Now, his attorneys are seeking to suppress statements he made to detectives on the night of his arrest – and seeking to compel his accuser to give her own testimony in person, in Mohave County Superior Court.

Deputy Mohave County Legal Defender Michael Crocker filed a motion Sept. 27, four weeks before the scheduled trial date of client Jeremy M. Sorenson, 31. According to Crocker, statements made by his client to Lake Havasu City Police investigators on the night of his arrest should not be used against the defendant in his criminal trial.

Sorenson was arrested Sept. 7, 2020, after police say he allegedly entered the cabin of a fellow camper at Crazy Horse Campground, and sexually assaulted her as she slept. Police say the victim shoved her assailant off of her, and followed him from her bedroom. The victim and her daughter allegedly confronted Sorenson in front of their cabin, which escalated until Sorenson allegedly struck the victim before leaving the scene.

Crocker says that as many as five Lake Havasu City Police officers surrounded Sorenson’s recreational vehicle within the park, and began to question him about the alleged offense before he was transported to the city’s jail. While at the facility, Sorenson allegedly indicated that he would not speak to detectives about the case without the presence of an attorney. But according to Crocker, detectives continued to question his client.

According to Crocker, detectives ignored Sorenson’s civil rights under the Fifth Amendment, and his statements should not be heard in Mohave County Superior Court. County prosecutors challenged Crocker’s motion on Tuesday.

A transcript of those statements from the Lake Havasu City Police Department was not publicly available as of Friday afternoon.

Crocker’s motion to have Sorenson’s statements suppressed came about a week prior to a second by Crocker to compel the victim to give her own testimony, in person, at Sorenson’s trial.

In the Oct. 4 motion, Crocker invoked Sorenson’s Sixth Amendment right to face his accuser in court.

The motion followed discussion by prosecutors last month as to the possibility of allowing the victim – who no longer resides in Arizona – to testify at Sorenson’s trial via teleconference. According to Crocker, legal precedent requires impediment to appearing at a criminal trial that extends beyond an “unwillingness to travel.” According to Crocker, no such impediment exists for Sorenson’s accuser.

Mohave County Superior Court Judge Derek Carlisle has yet to set a hearing date to rule on Crocker’s motions.