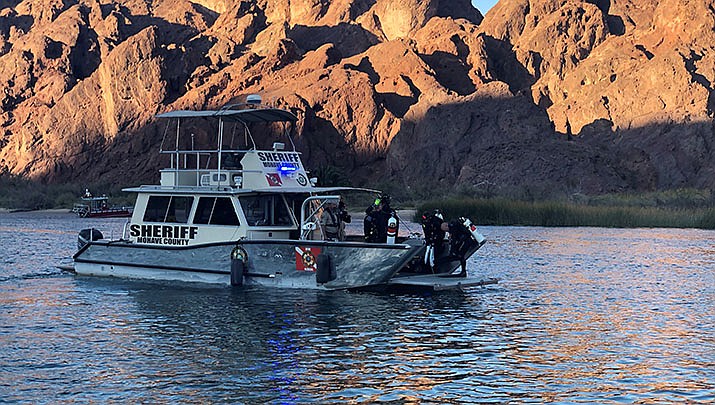 The California man who drowned in the Colorado River in the Topock Gorge on Thursday, Oct. 14 has been identified as James Weaver, 75, of Valley Center, California. (MCSO photo)

KINGMAN – The Mohave County Sheriff’s Office has identified the male subject involved in a drowning incident on the Colorado River on Thursday, Oct. 14 as 75-year-old James Weaver of Valley Center, California.

The incident occurred near the Topock Gorge, approximately 15 miles north of Lake Havasu, on Thursday. An investigation determined that two subjects, Weaver and a female, were on a boat traveling north on the river when a personal item fell from the boat. While attempting to retrieve the item, the female victim fell into the water. Weaver then entered the water in an attempt to assist the female.

While the Weaver was attempting to assist, he lost consciousness. The female then dropped below the river’s surface. Weaver was pulled from the water by passing boaters and brought to shore. Weaver was later declared deceased at a local hospital.

The search for the female continues.